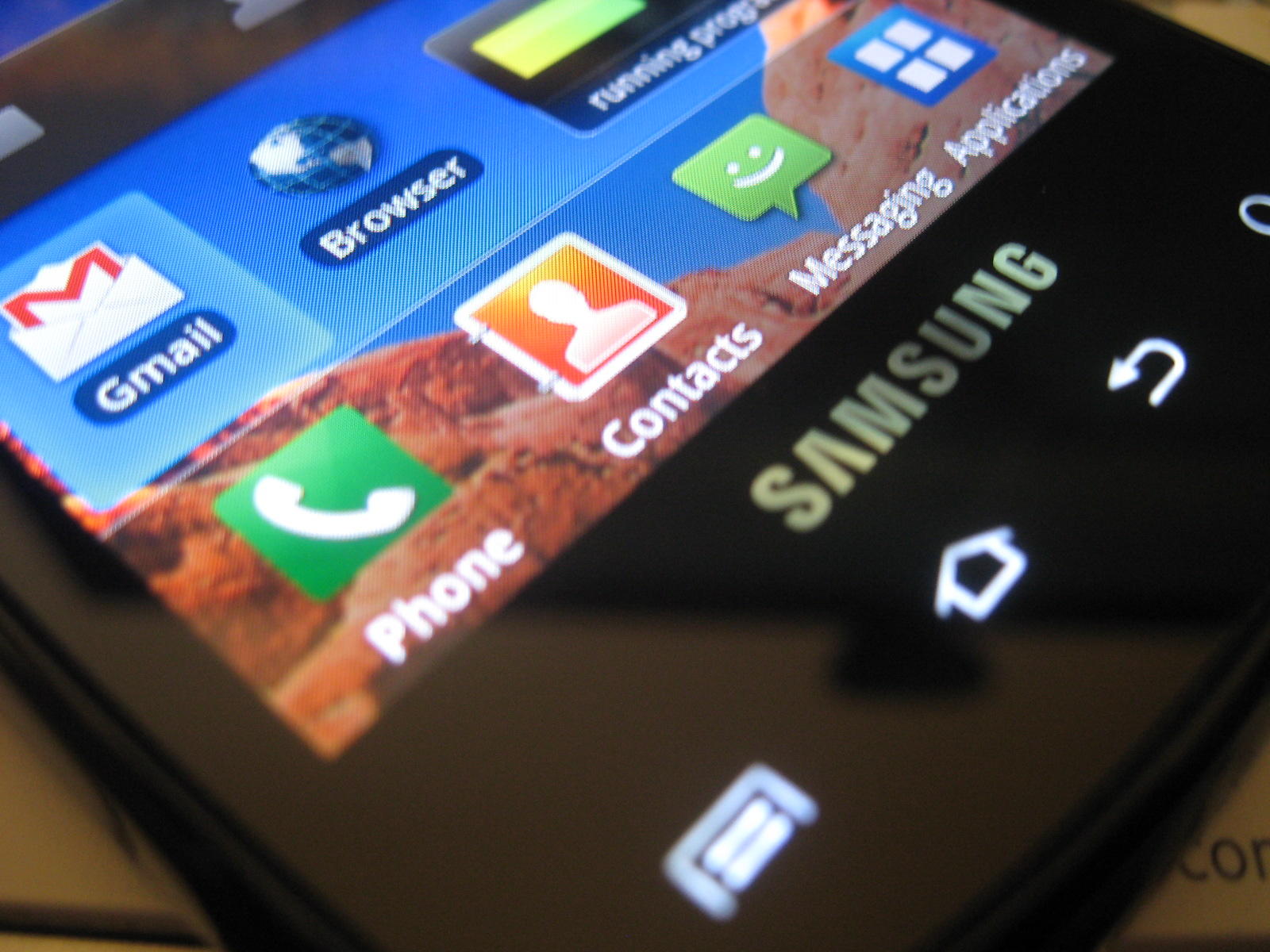 In the world of Galaxy S phones, there have been some great choices and some not-so-great as well. As far as Galaxy S devices are concerned, the Epic 4G from Sprint is on the high end of the scale. However, there are still some problems with the device, so we’ll give you a run-down.

You’ll notice that this is a not a hugely technical, lots-of-numbers style review. There are plenty of places around the Internet to find those, and they all say the same thing. This is, instead, a review from the aspect of a typical user where we’ll point out the things you’ll love and hate.

The Epic 4G holds the claim of being the only Galaxy S phone with a slide-out QWERTY keyboard. Not only is it the only one, it’s also a really good keyboard. The added thickness from housing the keyboard is, honestly, not very noticeable.

As far as that screen? Here’s what I’ve found about the Super AMOLED displays – they’re great…if you have content that is high enough resolution for them to show off. However, most of your screen icons, backgrounds, etc. simply won’t look much different on the Super AMOLED than what you’ve seen on any other phone’s screen.

Battery life on the Epic 4G is good, but not great. However, I haven’t seen a smartphone in the past couple of years (outside of Blackberry devices) that could claim to have great battery life. Most of us simply deal with the need to be around a charging source, and that will be the case with the Epic 4G as well. Typical use would find me needing to plug in the battery about 3/4 of the way through my day.

The Epic 4G is a capable phone, if not the best in the Sprint lineup. My first impressions video brought up some issues that I saw, but I quickly changed my mind on most of them, after spending a few minutes with the phone. It is sleek, with a very clean front panel that I quickly became a fan of seeing. The buttons, however, are unnecessarily difficult to press and could do with a more solid feel when they are used.

Call quality is very good, but the external speaker is a bit lacking if you have to use it for any length of time. Talking over a Bluetooth headset, however, was a pleasure. Whether to the credit of the phone or simply a good connection, Bluetooth was clean, crisp and clear.

The phone’s camera is good, but not the best I’ve seen. However, for quick shots it’s easily passable. With a phone of this size, however, it would have been nice to have an 8 megapixel camera instead of the standard 5.

Sprint does load a bit of crapware onto the Epic 4G, but I honestly didn’t find it to be that intrusive. In fact, I quite enjoyed watching Sprint TV on a few occasions, and I can see where the NFL and Nascar applications could be of use to people who follow those sports.

I really don’t have much that I didn’t like about the Epic 4G. The problem, however, is that it’s a great phone that sadly only measures up as an “also ran” to the HTC Evo 4G. Oh yes, there’s also the fact that the Evo 4G is $50 less than the $250 new-contract price for the Samsung.

I highly question Sprint’s choice to bring the Epic 4G to market running Android 2.1. When you have a phone that is supposed to be your top of the line, then it needs to be running the most up-to-date operating system as well. An extra week of OS tweaking time would have done well for Sprint to keep fragmentation off of their network. One glaring omission from the Applications tray is that of Google’s Navigation. You see, Sprint would prefer that you use Sprint Navigation. While Sprint Navigation (a re-branded Telenav app) is honestly a better product, it will also run you $9.99 per month (or $2.99 per day) of use. Never fear, though. If you will start your process by entering an address in Google Maps on the phone, you can then choose Navigate as an option of Google Maps which will take you into the Google Navigation. It’s an odd work-around, but it does work.

The only other issue that I noticed with the phone was when using 4G data service. If a 4G signal was lost, the phone was supposed to default back to 3G. I had, on a couple of occasions, issues where the phone simply would not use 3G until I rebooted it. Again, this goes back to a software issue (most likely) that could be solved with an update.

Here’s the thing about 4G – if you are bothered by the thought of paying $10/month extra for 4G service, then you likely haven’t used 4G service yet. It is, in a word, astounding. I quite often found myself with speeds greater than the supposed maximum of 6 mbit/second. I never once dropped below the 3 mbit/second floor. Loading email, sending files, watching videos…all of these things are a completely different experience on 4G.

The other great feature to mention about Sprint’s 4G is that it is truly unlimited. Where the 3G does still have a 5 gigabyte monthly cap, 4G is unlimited in the “yes, you can replace your Internet bill” unlimited. First off, let me make this abundantly clear – the Epic 4G is a great phone. There is no denying that. However, it is not (at this point) great enough to warrant the $50 premium that you’ll pay over Sprint’s other 4G offering in the HTC Evo 4G.

What can Sprint to do to change that? A few things:

Now, that is not to say that the phone is unusable. If your Sprint store (like many) is sold out of the HTC Evo, then the Epic 4G is still a very strong player. The 2.2 update should be coming soon (let’s hope) and the phone is otherwise still an attractive choice from the Sprint lineup.

If we put the Epic 4G onto a 5 point scale, I’ll call it a 4 point phone that’s presently scoring 3. It does have a bit of  a cheaper feel to it than I’d like to see, but that keyboard and Super AMOLED screen are both amazing. Once the software issues get completely fixed, I’d have no problem recommending the Samsung Epic 4G as a great choice for a Sprint customer.

Read next: "Add to My Foursquare" button is only half of the checkin-for-later solution