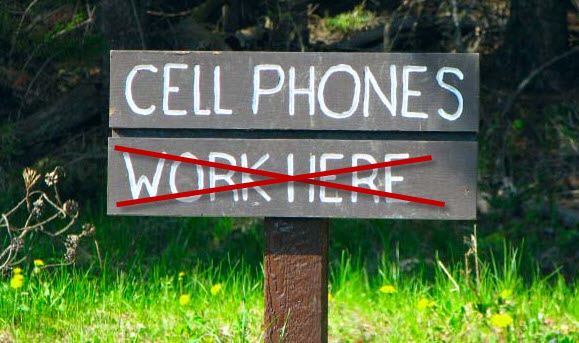 To begin, some background information before we get into the crux of my issues with AT&T.

My first cell phone experience was as a customer on Voicestream’s (now T-Mobile) network.  To date myself, that was at age 17, 12 years ago.

When iPhone 3G was launched, I switched to AT&T.  Prior to anyone crying, “fanboy,” let me say the following: yes, I am a huge supporter of Apple products, but one of the main reasons for switching to AT&T was the 17% corporate discount off my monthly bill I receive from my straight gig.

For the most part, I have been content, if not pleased with AT&T’s service.  That is until recent events have caused me to consider that perhaps maybe I was missing something.  Maybe some that decry AT&T’s service as spotty, or much worse, may be on to something.

Last night, the issue came to a head when I went to a baseball game.  What follows is my experience as an AT&T consumer, living in Dallas, home of AT&T’s headquarters.

7:05 pm: Get 6 hotdogs, 3 for me, 3 for my wife.  It was dollar hotdog night, and this has nothing to do with my story other than the fact that you know I wasn’t conducting my research on an empty stomach.

46 minutes, no cell phone connection on both iPhone 4s and the Android device, meaning no tweets, no Facebook updates, no calls received, no emails received, ect… So I examine AT&T’s “Coverage Viewer” once I arrive home.  To my shock, I was smack dab in the “Best” coverage area AT&T has to offer.

Best is described by AT&T as, “BEST: In general, the areas shown in dark orange should have the strongest signal strength and be sufficient for most in-building coverage. However, in-building coverage can and will be adversely affected by the thickness/construction type of walls, or your location in the building (i.e., in the basement, in the middle of the building with multiple walls, etc.) This AT&T owned network provides GSM, GPRS, and EDGE service.”

Those owned by AT&T? 3 within 4 miles of my location, not to mention, one of the largest sponsors of the new Dallas Cowboys stadium across the street? AT&T.

AT&T, I have defended your service and thought there may be an issue with iPhone 4, which in part, is why I carry an Android device too (the other is to review, and use, great Android apps), but I have been out to the Rangers Ballpark in Arlington and the surrounding areas too often recently and had NO service.

This is unacceptable from a company whose headquarters are roughly 20 miles from both my home and my location last night, and has me convinced now, more than ever, Verizon’s red map is spot on, Sprint’s increases in network speed are formidable, and both are strong candidates to receive my business in the near future if economically feasible.

Read next: Justin.tv updates for iOS4; now has live video recording for iPhone 4 and 3GS