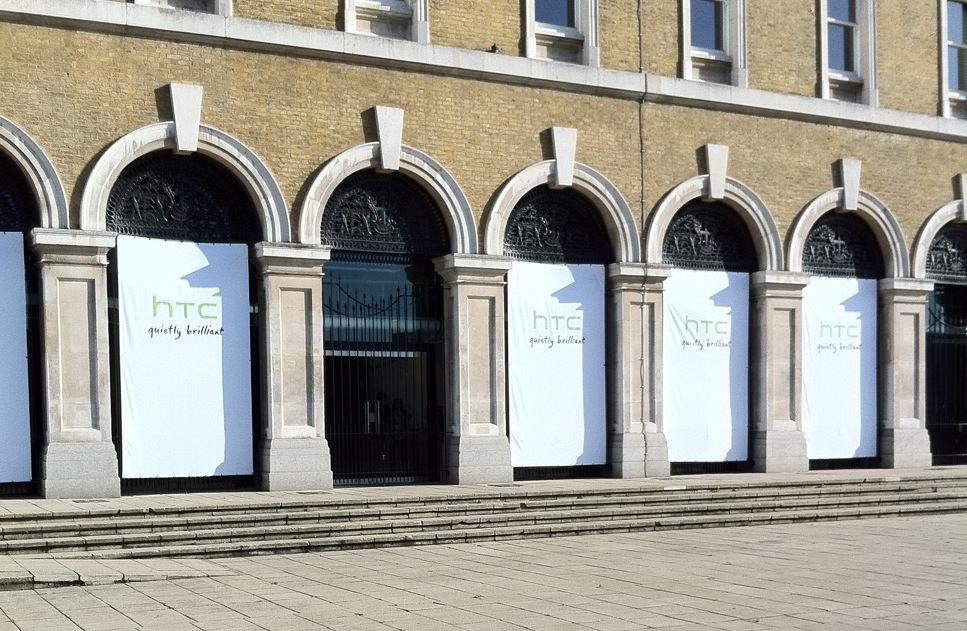 We’re at HTC’s launch event at Old Billingsgate Market in London, covering what we think will be the Taiwanese company’s chance to bring us it’s latest Android offerings.

Join us as we see what the company has up its sleeve to announce at its biggest European launch this year.

10:49am: We are in the reception area at the event, it’s seriously dark and moody, perhaps it’s to stop us peering behind the strategically placed curtains along the event area. There are murmurings that todays event will bring us the launch of the HTC Desire HD and HTC’s thinnest slider phone the HTC Desire Z.

10:56am: It appears that Nokia are trying to sabotage the HTC launch event, fixing balloons to the railings outside the venue publicing Ovi Maps, obviously it’s to highlight the second day of Nokia World at the ExCel in London. Thanks to Paul O’Brien for the picture:

11:11am: We have just had confirmation from an HTC representative that the presentation will not start until 12pm, the venue is starting to fill up now as HTC employees dash in and out of the heavily-guarded presentation area.

11:42am: The curtain has been peeled back and the press have been allowed to filter in. We are met with a large panoramic screen with the usual HTC style black on white animation:

Read next: Yelp Deals To Launch In NYC Tomorrow