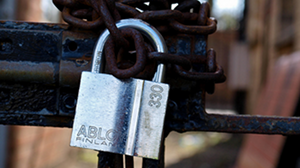 Wal-Mart today announced its Wal-Mart Family Mobile plan that will run on T-Mobile’s network with unlimited calling and texting for $45 a month post-paid, but with no contract or credit check.

Of course it was only a matter of time before the world’s largest retailer moved into this space using the Wal-Mart brand. Wal-Mart started selling pre-paid plans last year on Verizon and also is testing on Sprint as well.

However, Wal-Mart is now basically co-opting T-Mobile’s Family Plans into its own brand (users can add additional lines for family, like on T-Mobile) and is actually cheaper than what T-Mobile sells the same plans for. Obviously, T-Mobile wanted the distribution and was willing to take a hit on its margin to get that distribution.

As far as why the plan is post-paid, the AP reports that,

“Greg Hall, vice president of merchandising at Wal-Mart U.S., said there’s a perception among customers that prepaid service doesn’t offer access to the best phones or the best network quality. He said the postpaid nature of the plan is a way to avoid that.”

Wal-Mart will sell phones starting at $35 for the plan, as well as the Motorola Cliq XT for $249, which is cheaper than it is on T-Mobile. All of the phones will be locked to Wal-Mart Family Mobile, and won’t even work on T-Mobile. All of this is very interesting and we’ll certainly be tracking how this new branded plan works. One last thing on data: according to the AP:

“There will also be a prepaid component to the service: extra charges for data use and international calls will come from a prepaid account, pooled for the whole family. For instance, one gigabyte of data usage will cost $40. By comparison, AT&T’s contract customers pay $25 per month for 2 gigabytes of usage, but the data allowance doesn’t carry over from month to month the way Wal-Mart’s will.”