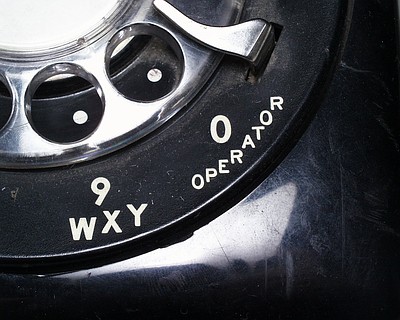 Sometimes when you change your phone you don’t migrate all of your contacts over to the new phone (because there still is no perfect solution to this).

Sometimes you don’t speak to people on the phone for years, they change jobs, careers, etc, and their phone numbers change. Yes, there are solutions to all of this, but none are simple. But in this “age of the Internet”, why are we still so attached to these meaningless numbers?

It won’t be easy, but it’s time we let them die.

Just to be clear, I understand that telephony systems operate through phone numbers. But you know what else operates that way? Computers. Binary ones and zeros. Our world operates on numbers, but I don’t send you email by typing in binary code, I type in words. Want to find someone on Facebook? You type in their name.

Yes, there was an ancient tome at one point that worked like this for phone numbers too – it was called a phonebook, and that worked fine and dandy for a fixed-line world. We don’t live in that world anymore, and even if there was some book that we could look everyone up in, what would really want to find? I’d say email addresses are much more important to us.

But I can’t make a call to an email address you’ll say? Oh really? Well, what if you could, wouldn’t that be easier and make a lot more sense?

Think about it – right now we already do this when we we do voice and video chat in email. You don’t even need an email to call someone Skype, you just need their username. Skype and Google Voice offer phone calls to a number that you can answer on your desktop – and mobile. Call quality on Skype and Google Voice is just fine – I use both daily and no one ever knows that I’m not using a “real” phone number.

Google Voice is now of course integrated right into Gmail, so email and voice is already converging (you knew I was going to use that phrase at some point, didn’t you?) So if these services can use a phone number to call a desktop or mobile app, why can’t they just substitute an email address instead, so that you can “call” email?

I asked just this question to a Google Voice engineer during a Google event a couple of weeks ago, and he said that while it would be difficult, it could be possible (when someone at Google says “it would be difficult” you kind of have to take that at face value). Basically he said that there is no way to take the phone number out of the equation – as I said above, telephony networks need phone numbers to work. However, it could be possible for one person to enter an email address, which the calling system would then convert to a phone number to make the call, and then show the email address on the other end of the call.

So it’s possible – it’s just waiting for someone to do it. If it’s possible with email, then there is no reason that you couldn’t do the same thing with a Twitter handle or other username. Ideally, what I really want is just the ability to call people I know without having to have their phone number. I also want to be able to send them a SMS, a video clip, do a FaceTime chat (remember, no phone numbers on an iPod Touch – it uses email) – basically interact with my contacts through all the means available on the Internet.

I’m guessing that a lot of people won’t agree with this post. They’ll argue that phone numbers are more private for one thing – and they’re probably right. However, many (probably most) phone numbers are public. That said, there would probably be some trade off of privacy for ease of use and being more social, though users would and should insist on every possible privacy protection measure possible as always.

Others will point to the fact that phone numbers are such an ingrained part of world culture that they can’t disappear. Certainly in some parts of the world where Internet/mobile data access is limited or non-existent, phone numbers need to stick around at least as long as the data networks take to catch up. So I’m not expecting this to happen overnight, and like I said, it will be painful.

Nonetheless, I still think that Google Voice especially points to the death of phone numbers. Integrating voice into Gmail was a great move by Google and if you’ve used Google Voice for any amount of time, you’ll know that it is a killer app. Add the ability to make calls by “dialing” an email address or a username along with all of the sharing possibilities that would result from that, and Google Voice or a competing product could change the way communicate.

Or we could stick with a system that was created in 1879.