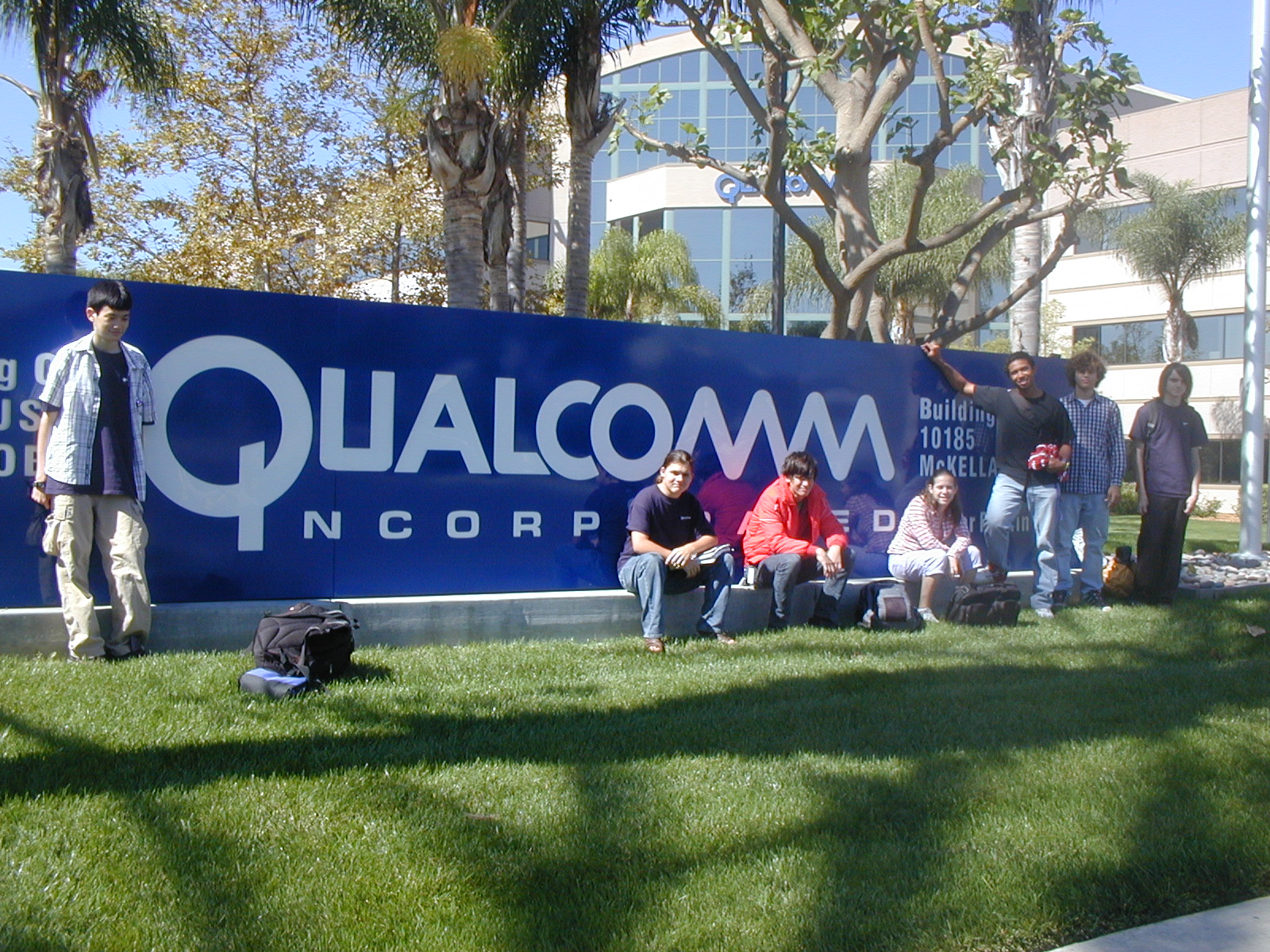 Many people wont have heard of Qualcomm, but they’re a BIG company and they make the components of mobile phones amongst other things.

Between 8th – 10th September Qualcomm held a press and investor junket at the Science Museum, London showing off some of its new technologies and software systems.

A while back it brought out its Snapdragon chipset which powers many recent high power phones like the Google Nexus One, HTC Desire, Sony Ericsson Xperia X10 and tablets like the Dell Streak.

The Snapdragon chipset is actually a CPU, graphics subsystem, DSP (digital signal processor), radio subsystem amongst other things. While most people wont care, Qualcomm have spent a lot of effort optimising the Android operating system and various applications for the Snapdragon architecture. This means things run more efficiently and that means longer battery life.

Within Android they’ve optimised the video player (the underlying codecs) so that they run on the DSP not the CPU and that means smoother and crisper video playback. This means the CPU usage is reduced from 60% to around 20% for 720p HD video and that’s a huge saving on your battery.

Improvements have been made to the Flash player (hardware optimisations) for both the VC6 and H.264 video codecs.

Though these improvements will make it back into the generic Android releases (expected in Gingerbread) they’re available now to Qualcomm OEMs for Android 2.2. (Froyo).

The new Snapdragon chips (which should start appearing in smartphones being released now) will have hardware accelleration for both 2D and 3D graphics and once again, they’ve optimised their version of Froyo to support the new features.

A dual-core Snapdragon CPU running at 1.5GHz (compared to single core at 1GHz for current systems) is being offered to manufacturers now and products are expected to be available by Christmas.

Mirasol is Qualcomm’s colour e-ink system, it’s VERY pretty. They’re releasing a 5.7″ display which supports 768 x 1024 resolution (XGA) at the end of the year. The displays are really readable and compared to other e-ink technologies they use very little power and have a reasonable refresh rate that will support video. The displays are MEMS based (micro-electro-mechanical systems) which actually contain tiny mirrors which either reflect or block light, for a colour display there’s 3 per pixel (one for red, one for blue and one for green). When an image is transferred to the display it only requires 2mW to keep the picture there (that’s probably less than the leakage of a normal battery).

It’s also very efficient when changing images (not like current e-ink systems that are very power efficient maintaining a constant image, but use more power than an LCD when changing). The new Mirasol system will be available by the end of the year and is expected to be in consumer e-readers etc early next year (Qualcomm wouldn’t say who’s going to use it). Weirdly the mirrors can be fixed in position so an image is “burnt” into a display which leads to a very nice looking, but static display which is incredibly thin and uses no power.

Another thing that most people wont know about, but Qualcomm is big into Insurance Telematics which is all about monitoring what you’re car is doing. They sell a unit that includes GPS, Wireless connectivity and an accelerometer and a “web service” to drive it all. The solution is then sold to insurance companies and fleet car companies who install the device behind the dashboard so they can monitor what the car’s doing. Have a crash and the insurance company know about it. If you drive like a maniac by rapidly accellerating and decelerating they also know. Drive more than a certain amount of miles per year, it will log those miles. It’s already being used by insurance companies so customers can reduce their premiums if they drive sensibly and within set limits.

Qualcomm have two internal divisions, which are like start-ups within the big corporate environment known as QIS (Qualcomm Information Services) and QSL (Qualcomm Service Labs) who are trying to produce innovative software solutions.

Some of the solutions they’re developing:

SKIFTA – this (currently) runs on Android and controls all your digital media and makes it all available on all your devices. It interfaces with existing systems like UPnP (universal plug and play), DNLA (Digital Living Network Alliance) and other media systems and makes it all work together so your DLNA TV will get pictures from your mobile phone, videos from your PC or Mac etc and “do the right thing” so they’re all in the right format for the right device. Other companies are integrating SKIFTA into their own products i.e. the Netgear Ultra which is a next generation home network server has SKIFTA built-in.

Vive – The word comes from “Viral Vending” is a system to help people find content. Currently available as a Facebook app it’s also available on iPhone and BREW (Qualcomm’s phone operating system used by companies such as INQ) with more to follow. Consider it something like Facebook’s ‘Like’ button, but across multiple platforms so “Vive’ing” something on Facebook will make it appear in your stream, but it’s more than just a ‘Like’ system as you can also rate things. Though applicable to any content and Qualcomm allow anyone to rate anything and provide an open API so anyone can build a Vive client, Qualcomm has secured deals with various content providers so they get revenue as users Vive it.

Neer – Available on iPhone and Android it’s another location based social network but with privacy built-in from the start. It also ring fences places (for example it could notify work colleagues when you check-in to work). You can set different groups and how/when they’re notified of your location but it may well be too little too late as Foursquare and others may already be too entrenched.

Xiam –  More for carriers and hooks into portals and makes recommendations to users based on their previous habits which increases purchases and downloads from those portals. It’s not being used over here yet, but Qualcomm are in talks with various European operators so your phone may start to utilise Xiam even if your not aware of it. They already have over 230m users, so not insignificant.

This could be Qualcomm’s white elephant. It’s their interactive media system for phones (allowing for video).

It’s available in the US and they’ve now got MediaFLO wireless dongles for Android. In the UK Qualcomm purchased a large chunk of spectrum for a large sum of cash in order to run MediaFLO here, but though they’ve run some trials (BSkyB being one) they’ve not really done much with it.  They have a deal with 3 (Three) and O2, Vodafone and Orange (which now means also T-Mobile) are trialing a competing technology known as Integrated Mobile Broadcast (IMB) – so this might be a BIG loser for Qualcomm in the UK at least. Qualcomm’s latest spin is to push it to the mobile operators as an off-load data service to reduce the strain on their core 3G networks.

Qualcomm are investing heavily in next generation wireless technologies so the networks can support 4G and femtocells.

Read next: What Is It With Startups And Starcraft?