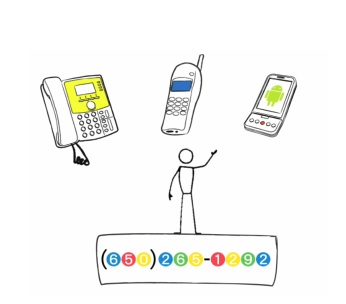 After its unexpected and sudden removal from Apple’s App Store, GV Mobile, a third-party Google Voice application allowing iPhone users to utilize the service on their iPhones, could soon be making its way back to Apple’s marketplace after the Cupertino company announced it was relaxing rules on App Store submissions.

TechCrunch is reporting that Sean Kovacs, developer of the GV Mobile app, had poured through the new Apple guidelines and came to the conclusion that his app would no longer violate any of the rules. Emailing Apple’s review board, Kovacs received some good news, if he was to re-submit the GV Mobile for approval, it would very likely gain acceptance into the App Store.

Jason Kincaid does point out that there are still rules present in the guidelines that could result in non-acceptance of the app, namely a stipulation that states “Apps which appear confusingly similar to an existing Apple product or advertising theme will be rejected”.

With an un-official app being resubmitted to the App Store, it might prompt Google to resubmit its app that was blocked previously. Google responded in true PR style, stating “We currently offer Google Voice mobile apps for Blackberry and Android, and we offer an HTML5 web app for the iPhone. We have nothing further to announce at this time.”

Of course Google Voice is still only officially available in the US so if an app was approved, international users would not be able to use it. Android and Blackberry users can download the official Google Voice app via their respective application stores.

Read next: GeekStyle: Stop dressing up as phones guys