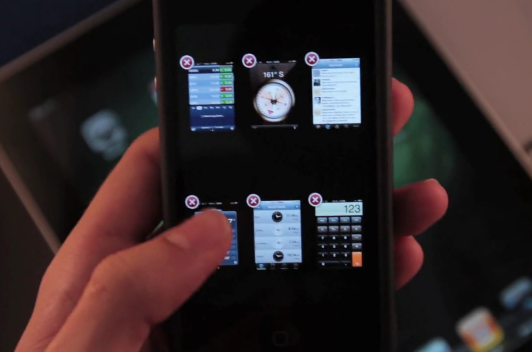 When the iPhone was released, owners complained that many features that were standard on nearly every other phone were unavailable for their expensive new Apple device.

Multitasking, MMS, spellchecking and even an App Store were lacking when the iPhone launched but have since been introduced as the Cupertino company continued to adapt and evolve its mobile OS.

With iOS 4, Apple finally implemented multitasking into its operating system, allowing iPhone owners to fast switch between applications. Whilst the function works, it’s not necessarily the most visually appealing feature, especially when compared to a new app on the Cydia Store called Multifl0w.

Multifl0w is a seamless and more aesthetic multitasking application, available for jailbroken devices, that utilizes the Backgrounder Cydia app to deliver its functionality. Displaying up to 9 apps at a time, Multifl0w is available for iPhones, iPads and also iPod Touch’s and costs $4.99 on the Cydia Store.