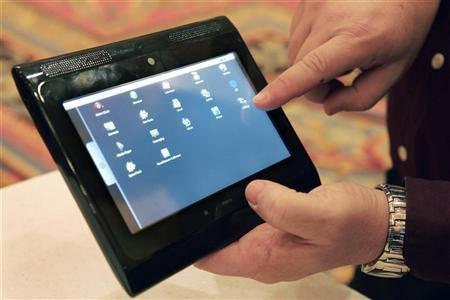 As the race to develop tablet PC’s capable of competing with Apple’s iPad develops, many smartphone manufacturers are in active discussions with Google to secure agreements that would allow them to develop a tablet PC that run the Android 3.0 mobile operating system.

According to Digitimes Research senior Mingchi Kuo, Motorola are currently Google’s “priority choice”, meaning that the company could be frontrunners to develop a tablet device that is similar to Google’s G1 smartphone.

A deal such as this, where two companies and their telecom partners have the rights to label their names on the device, could see Motorola partner with Verizon to distribute the device.

Motorola’s tablet is expected to feature Nvidia’s Tegra 2 platform with a 10.1 panel supplied by Sharp which is thinner than Apple’s iPad but operates at a lower brightness. Google is said to be directly involved in setting the specifications of the Android 3.0 tablet, making sure that the user experience is consistent.

Kuo estimates that the tablet will ship over 2 million units in 2011, there is no mention of a launch date as yet.

Read next: How Andrea Dorfman learned to be alone and earned herself a million views on YouTube