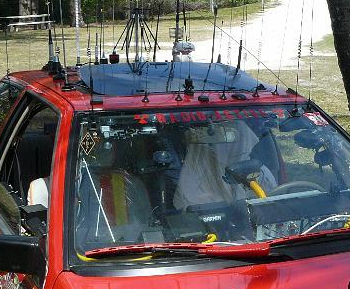 Three engineering researchers from Rice University are set to unveil a next month with findings suggesting that handset makers have been making a mistake in the number of antennae they’ve been putting in phones.

According to the paper, the current paradigm of using a single omnidirectional antenna has both performance and battery detriments. They say that this will only be exacerbated as we use more applications which rely on uploads. Just think about it: any sort of video chat or photo uploading or location-based program relies on your phone’s ability to upload. And with so many people uploading, not only will you get network interference, but your phone will have to push a stronger signal to reach the source tower.

The solution? Use four antennae in place of one. On a test rig, the team used three standard, unidirectional antennae for uploads and one omnidirectional antenna for downloads. This both draws less power and moved data much faster than current manufacturing techniques.

It’s a pretty cool idea, but I wouldn’t expect to see quad-antenna phones too soon. It usually takes industries a bit to catch up to academia. Additionally, there’s the the issue of cost, both spatially and monetarily. The latter is less of a concern seeing as people are willing to pay almost anything for a cool phone these days, but handsets are already so packed with components. Still, I’d move to even a 4.5″ phone if it meant it’d get some semblance of good battery life.