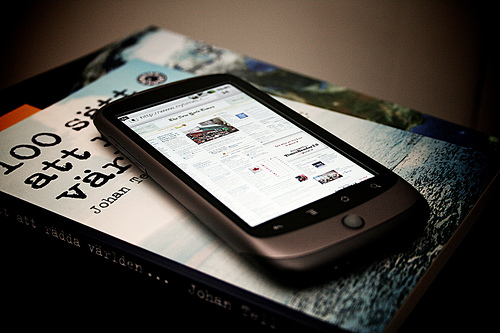 Rooting an Android phone can leave many handsets owners bewildered, wary of bricking their phone and voiding the warranty on their device.

Until recently, the one-click jailbreaking methods enjoyed by the iPhone community were unavailable to Android users, who would traditionally have to complete a number of different steps to successfully gain root on their handset and amend the setup as they saw fit.

That all changed with tools such as Unrevoked, a one-click rooting application that was originally release for the HTC Evo 4G but now supports the Desire, Hero, Aria and the Incredible.

Today, we have been made aware of a new file by AndroidGuys that easily roots a users Nexus One device, a file which utilizes the same exploit used to achieve root on the Motorola Droid X. It will not unlock phones bootloader, meaning your warranty will be left intact, a huge plus for those worried about incurring the wrath of the manufacturer.

The rooting process will also allow you to install custom ROM’s, so if you were wanting to get Android 2.2 (or above) a little earlier than the release of the official build, this tool will allow that.

Currently the file is only available via the XDA-Developers forum, meaning you will need to register. To grab the file and discuss the process further with members of the community, click here.

(We also have to remind readers that the process is undertaken at your own risk, we cannot be liable for any damage caused by this tool.)