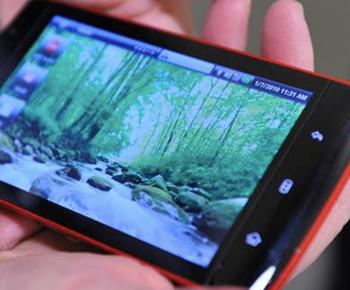 The Dell Streak, tablet smartphone mutation extraordinaire is set to go on sale in the United States in just a few days, leaving many wondering just how well the product is going to do.

Finally making it to the US market, long awaited as the product is, is only half the battle. Now the gadget actually has to sell. For the not aware, the Dell Streak is a lovely device that you can pick up for $299 with a two year AT&T contract, or for $549 off of Dell’s website this August 12th.

The Streak features a massive 5″ screen, putting its total pixel real estate far and above what is standard for smartphones. That, in a nutshell, is why Dell calls it a tablet. Whatever it is, it has people talking. The Streak launched first across the Pond in the UK.

The phone has impressive specs, with a 5 mega pixel camera and a 1 ghz processor, but until “later this year” the phone will be stuck running Android 1.6. When it is upgraded, it will be to the much beloved Android 2.2.

So tell us, are you hungry for a Streak? If not, why not? Is it too expensive, or do you just not want to cram a 5″ screen into your pocket?