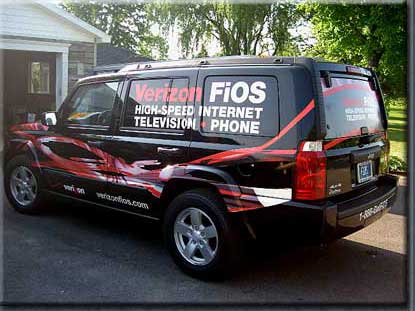 According to the Financial Times, Motorola is working on TV-focused tablet that will hook into Verizon’s FiOS service for not only Internet connectivity but also to work with Verizon’s paid TV services. Right now, we don’t have any confirmation that such a tablet exists, but we’ll discuss what it might mean if it does.

Verizon accounts for about a quarter of the cable TV and 29% of the broadband market where it operates in the US, so the combination of these services pushed out to a new form factor – the tablet – could be attractive to Verizon cable/broadband subscribers that would like to have the content they are already paying for more mobile, at least around the house.

Which brings up an interesting point that the FT article did not cover: would Verizon cable customers be able to access TV programming outside of their homes, or will the tablet somehow be tied to the set-top box (which Motorola also makes), meaning that users won’t have TV access on the go?

Right now, we’re not even sure if this tablet a) really exists, and/or b) will be WiFi and/or 3G (though there is a line in the FT article that says the tablet will, “let users share its wireless data connection with nearby devices”, so maybe 3G is a possibility). Other possible specs reported by FT include Android, support Flash, two cameras and have 10″ screen according.

Until the any/all of this is confirmed, at the moment the question of TV-on-the-go is a bit moot, but still interesting.

The reason being is if Verizon/Motorola does want to differentiate not only from the iPad, but also take on content services such as Netflix and Hulu Plus while they’re at it, the amount of mobility that this service offers (not to mention how well it works and looks) will be key.

If all of this can be put into a nice, reasonably priced and light tablet that acts as an extension of cable TV around the house and out on the street, then this product – if it ever comes to market – would be something that we’d guess many Verizon cable/broadband subscribers will take a close look at.

Note: The FT said that, “Motorola and Google declined to comment. Verizon Wireless was not immediately reachable.”

Read next: Anthologize Turns Your Blog Into A Book