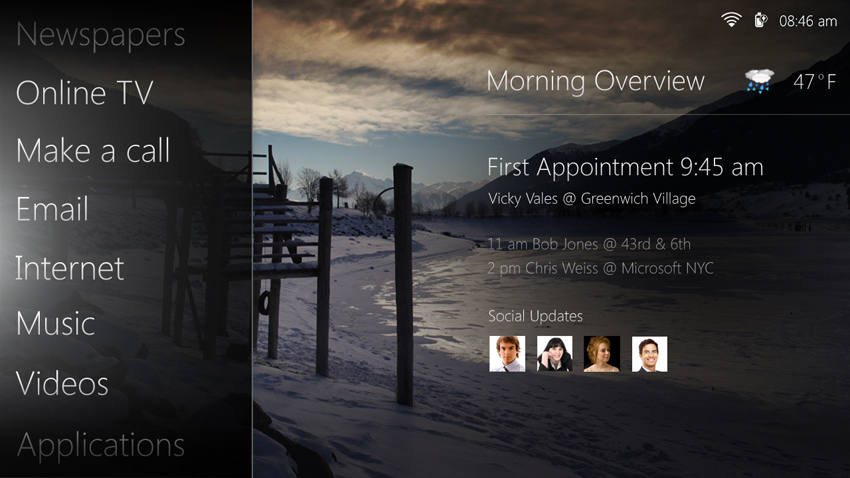 It’s no secret that Microsoft are looking to innovate in the tablet market, its CEO Steve Ballmer has already indicated the company is coming “full guns” after Apple and its iPad.

One of the biggest challenges face is to adapt its Windows 7 operating system and make it suitable for deployment on tablet devices. The Windows 7 default interface is optimally designed for desktop use and whilst it does support touch-input, the operating system would need a drastic overhaul for consumers to recognise a Windows 7 powered tablet as a viable alternative to the iPad.

Luckily, there are companies out there who are dedicating a considerable amount into research and development and pushing the capabilities of Windows 7 to its absolute limits. One such company; UI Centric, has developed a custom Windows 7 tablet UI codenamed Macallan and the results look pretty incredible.

UI Centric has developed its Windows 7 UI from scratch, customizing it solely for tablet use. The beauty of overlaying the Windows 7 operating system is that it can offer native multitasking, Adobe Flash support, USB and memory card support and camera/video chat functionality.

The user interace resembles the Zune interface, at times even the Windows Phone 7 interface also. From the video, interaction with the Macallan prototype looks sharp. Instead of a button press, users can peel the page across diagonally to navigate back to the main menu.

The first devices featuring Macallan will begin to ship in Q3 with further information being made available in the coming months. We hope that the Office integration (shown by one of the screenshots) has also been given a similar facelift, making it easier for users to create and edit documents from their Microsoft tablets.

UI Centric have included a video of the interface in its press release to allow you to see the UI in action with your own eyes:

What do you think? Is this Microsoft’s best chance of challenging the iPad? Thoughts in the comments please.

Read next: iOS Jailbreak for iPhone 4 and Other iDevices UPDATE: Mirror