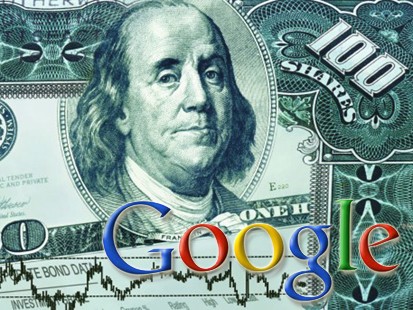 When a company releases its software for free, how does it plan to make money? If that particular company is Google, the answer is a familar one, advertising.

Industry executives and Wall Street analysts are criticising Google for being short-sighted and focusing too intently on online advertising, accusing the search giant of being a “one trick pony”. Google doesn’t have a problem with that label however, even its CEO Eric Schmidt agrees, stating “I think that’s probably true”.

“If you’ve got a one-trick pony, you want the one we have. We’re in the ad business, and it’s growing rapidly. We picked the right trick.”

He isn’t wrong. In the second quarter of 2010 alone, Google posted revenues $5.1 billion with advertising accounting for 96% of its revenues during that period, 66% of its total revenue in Q1 and Q2 combined. Not intending to rely on traditional search advertising, Google is said to be readying a huge push into mobile with the aim of securing revenues of $10 billion a year with the help of its Android operating system.

For those who aren’t aware, the Android operating system is feature rich, open-source and free, positioning it as a viable contendor to the Apple iPhone. With over 160,000 Android handset activations per day, Google’s mobile market share is ever increasing, allowing the search giant to adapt and deploy its existing advertising platforms for mobile devices and supplying services that mobile users really need.

As Schmidt says: “If we have a billion people using Android, you think we can’t make money from that?” – Think about it, that’s just $10 per Android user. With Google setting its sights on recommendation engines, building Admob (its mobile advertising platform) and incorporating location-based advertising, it certainly could achieve that.

I can’t see Google amassing a billion Android users just yet though.

Google will undoubtedly find new ways to monetize its mobile offerings, whilst keeping its operating system free for all. Although one billion Android users is a tough expectation, the smartphone market continues to experience huge growth and an increasing number of manufacturers looking to the mobile operating system to power their devices, it certainly will be interesting to see just how close Google can get to its target.

Read next: 5 Lessons New Media Could Learn From 4chan