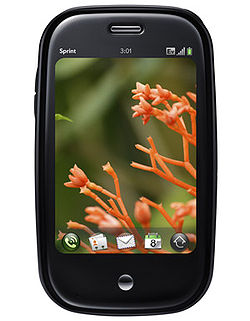 Hewlett-Packard the computing giant has completed its purchase of Palm computers, who make the Pre and Pixi range of phones running WebOS, for $1.2bn.

HP already have a range of smart-phones called iPaqs and these have been based on Microsoft’s Windows Mobile OS, though HP have never really managed to make a dent into the enterprise markets where they dominate with their desktop and server systems.

HP now aims to utilise WebOS as the basis for a range of phones and tablets utilising the newly acquired talents of Palm who’ve always made good inroads into the enterprise space, especially with their PalmOS based devices. The combination of HP and Palm will maximise the expertise from both parties, giving Palm the financial security they’ve needed and HP the independent technology to drive the enterprise markets.

The competition will be tough and Microsoft have already dropped out the hardware market by killing their Kin range of phones even before they were born (in the European markets anyway). Nokia (and Intel) are heavily pushing

HP was thought to be releasing a tablet known as the ‘slate’ based on a Windows OS, but HP are now expected to built a tablet based on WebOS.

In the past Palm dominated the PDA/Phone market with some truly innovative products and a fantastic OS, they released the new handsets and WebOS way too late with Apple and Google dominating the smart-phone markets. Hopefully HP can add some magic sauce to the equation and get some really great handsets and tablets into the market and perk up WebOS so it gains traction in the enterprise space.

Read next: FontsLive brings beautiful text to your site, no matter the browser.