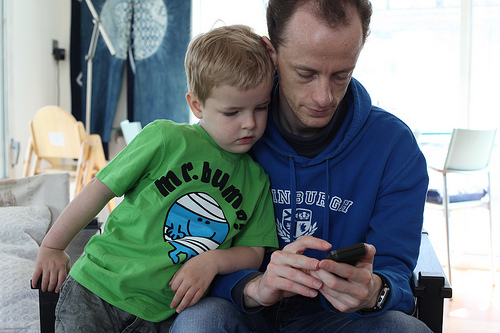 With Apple’s iOS4 out in the wild and Google’s Android 2.2 (Froyo) firmware starting to find its way to a number of handsets, the latest innovations in mobile technology are gradually becoming more and more available to the average mobile user.

iPhone owners will argue until their dying breath how good the Apple handset is, Android users pushing the flexibility of Google’s operating system. Some swear by WebOS or Windows Mobile, even so, all of these OS’es have their own limitations which continue to frustrate even the most die-hard users. A huge prerequisite for any mobile owner. The ability to switch wallpapers whenever you feel like, change a theme or assign different ringtones to your contacts, it gives the user a feeling of control, they have power over the phone – not what Apple or Google tell them they can and can’t do.

iPhone owners have long wished for a way to personalize their devices and Apple relented to a point with the introduction of iOS4. Now, iPhone owners can apply a lock-screen and background wallpaper – insane. This is much to the delight of Android users, if the OS can’t perform the specified task, you can bank on there being an app available on the Android Market that can.

WebOS, Windows Mobile, Blackberry and Android all support theming, with iPhone users needing to jailbreak (and invalidate their warranty) if they wish to do so. Apple believe that the application of themes would “take away from the user experience” because it “spent a lot of time and effort developing this distinct and innovative way to seamlessly deliver core functionality of the iPhone.” Enough said.

Most support widgets – little home screen apps that update to display real-time information – the best you get on an iPhone is the date and time, perhaps a push notification from time to time.

The perfect OS would allow users to customize the UI of their phone, handing back control to the person who showed faith in the company by handing over hundreds of dollars/pounds/euros to buy its phone in the first place. Whilst most modern mobile operating systems make use of social features, none of them store social networking data so that other apps can access it. Confused, let me explain.

Say hello to Android or WebOS. Both of these operating systems allow you to specify your social-networking or email accounts to populate contact information or display information by way of a widget. This is great, but if you wanted to pull this information for a different purpose, you would be unable to – you would need a specific app to give you the functionality you wished for.

There is a mobile operating system that allows developers to pull social networking data specified by the user: Samsung’s Bada platform. Designed specifically to challenge the likes of Android and iOS4, Bada is a linux-based OS that has a built-in social layer – currently supporting Twitter, Facebook, Flickr and Myspace (Samsung has already announced it plans to add in more social API’s) – meaning a potential app developer can access profile data without having to make a separate connection to the service itself.

This in essence, allows the user to enter their social network credentials once and then specify what apps can access it. Bada will also update your location data to Samsung’s servers, developers will be to grab your location without having to build in a system within an app to manually search for your current location.

The perfect OS would seamlessly integrate social services with the platforms PIM implementation, reducing the need for the hundreds of Twitter app developers to code their own implementation to complete exactly the same task.

Toggle Between Basic and Expert Modes Mobile operating systems deal with app crashes differently. On an iPhone, if the app crashes, you simply get chucked back to the home screen.

On Android, if an app quits unexpectedly, you get a funny little error message asking you to try again and force close the app. For me, this helps me identify why the app is misbehaving, for first-time users this might be a little bit daunting and give the impression the phone is doing something it shouldn’t (when in fact it is educating the user).

The perfect OS would allow the user to switch between an expert mode that contains all of the network information like Carrier APN’s, firmware and debugging tools, to a basic mode which makes use of wizards or graphics to explain the functions on a phone.

Making The OS Self Aware No, I don’t want your Motorola Droid to start killing in the name of Skynet.

Most modern smartphones have issues with battery management, gone are the days of a 4-day charge, it’s now become the 4 hour charge (OK, I am overstating that a tad). Tell me if I am wrong (I’m sure you would anyway) but I don’t think many modern mobile operating systems have an intelligent system to automatically adjust settings on the phone to maximise battery life.

I know you can get apps, for example JuiceDefender on Android, that sit in the background and disabling your phones data connection when its not in use, only to switch data back on once in an allotted time period to give your apps a chance to refresh its data.

The function could automatically prioritize the needs of the background apps running on the phone, dedicating resources to each app when it needed it the most.

For me, the perfect OS would have built-in controls that could intelligently monitor your phones’ use and change settings accordingly. Would be a great way to help improve battery life and allow your phone to get to know you a bit better! Something that both Android and WebOS does superbly, multitasking is still not a standard feature on modern mobile operating systems. Although implemented in iOS4, full multitasking and notifications still haven’t been created to meet most user expectations.

Windows Phone 7 will launch without full multitasking support, limiting the function to official Microsoft apps and stopping any third-party developers from utilizing it.

A large percentage of smartphones are launching with a 1GHz processor and 512MB RAM, for a phone this is a huge amount of power and memory. The excuse that the phone physically couldn’t handle a large amount of apps at the same time doesn’t hold any weight now.

The perfect OS would allow users to run as many apps as they like and cycle through them if they should choose, in the mobile age it should be a right not a privilege.

It was very tempting to include network coverage issues (looking at you Apple) but the above issues would go a long way towards making a mobile operating system work for both heavy and light mobile users. The great thing is we are able to receive a fair number of official updates as well as those developed by the mobile hacking community, an solution to our needs is never far away.

What features would go towards making up your perfect operating system, let us know in the comments.

Read next: The Guardian's New Reblogging Tool: Bad for Bloggers, Bad for the Web?