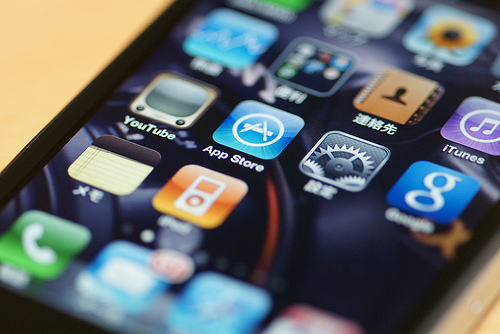 If you purchased an iPhone 4 but have been hankering for a way to jailbreak the device and install all sorts of wonderment, I bring good news.

Within days of its launch, @planetbeing (the guy who ported Android to the iPhone) and @chwnpwn have been able to successfully employ the “userland” jailbreak vulnerability, a technique used by the Spirit jailbreaking tool, to gain root access on the device and install Cydia.

Whilst it does allow full root access, don’t expect this technique to work for long, especially if Apple are to release new firmware at the start of next week aimed at fixing the iPhone 4 antennae issues, the “userland” exploit uses Apple software for the jailbreak.

Musclenerd of the iPhone Dev Team posted a screenshot of Cydia running on an iPhone 4 on his Twitter account, congratulating Comex for another userland jailbreak deployment:

Redmond Pie have warned wannabe jailbreakers not to expect a carrier unlock anytime soon because Apple are utilizing a new baseband OS for the iPhone 4:

The DevTeam and others have been checking through the iPhone 4, and have noticed the baseband runs a completely different OS than on previous models. The iPhone 3G and 3G[S] both ran Nucleus OS on the PMB8878 baseband CPU (aka XGold 608), where the iPhone 2G ran the PMB8876 (aka S-Gold 2). iPhone 4 uses the PMB9800, or X-Gold 618 – running a separate OS – ThreadX, an RTOS by ExpressLogic.

To unlock the baseband, the DevTeam will have to completely re-write Ultrasn0w to enable users across the world to choose a different network for their iPhone 4 to run on.

I bet the iPhone hacking community won’t sleep until a true jailbreak exploit is found, we will update you as soon as they do.