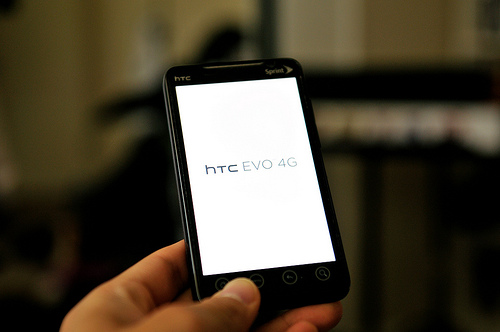 It appears Sprint might have got its figures in a muddle and inadvertently exaggerated the true number of HTC Evo 4G handsets it sold in its first day of sales.

At the beginning of the week, we reported that the HTC Evo smashed Sprint’s existing records sales held by both the Samsung Instinct and the Palm Pre, not only surpassing first day sales but selling three times as many Evo’s in one day than the number of Instinct and Pre handsets in their first three days combined.

The news could not come at a worse time, just as its main rival AT&T will be preparing to launch the new iPhone 4 on its network at the end of the month.

“We originally reported that the total number of HTC EVO 4G devices sold on launch day was three times the number of Samsung Instinct and Palm Pre devices sold over their first three days on the market combined.”

“We inadvertently erred in the comparison.”

The news has led analysts to cut their sales predictions, assisted by the fact that the HTC Evo has sold out in most outlets across America and additional stock is low.

Sprint has yet to formally announce the number of handsets it has sold so far although BTIG analyst has revised his estimate from 250,000 handsets to just 150,000 in light of Sprint’s statement yesterday.

HTC still haven’t released any data from the HTC Evo launch nor has it commented on stock shortages, it remains very quiet on that front.

There is no doubting it’s a great phone but will the handset continue to sell as many units when Apple’s iPhone 4 is released?

Read next: World Cup fever? Here are 5 apps to keep you on top of things.