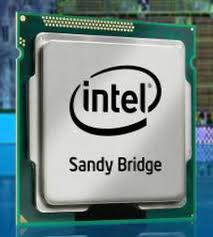 HTC could be releasing an Android powered tablet aimed specifically at women who like to surf the web and communicate with their friends whilst they watch TV.

Dr Florian Seiche, VP of HTC Europe, who was speaking at the Open Mobile Summit taking place in London, said “”Our study found women social networking while watching television was a likely use for tablets”.

The Taiwanese smartphone vendor hasn’t made any further information available as yet although Seiche did mention that the Android OS would play a big part in the business market. This leads us to believe we might see Android being used in HTC devices other than its smartphones, especially as there have been reports suggesting HTC is already looking to develop an Android tablet capable of recording full 1080p HD video and deliver 5.1-channel surround sound.

The reports are purely speculative at the moment but if true would see HTC looking to target specific demographics, something the company hasn’t specifically done with its products in recent times. It would be a risky move, competing in a market with the iPad, a device known for its sleek design and simplicity of use.

A question to our female readers, would a tablet interest you in general, let alone one that was specifically targeted at you?