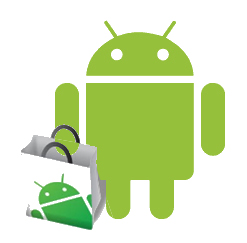 According to reports, the Android Market has surpassed the 50,000 app mark, demonstrating the rapid growth of the Android operating system.

The updated total was highlighted by AndroLib, a third party app tracking website that reports there are a total of 50,031 approved binaries at the time of writing.

Apple’s App Store officially accounts for 185,000 approved apps, a total the Android Market is still significantly far from reaching. This isn’t to say the gap isn’t closing, Electronista suggests the Android Market could reach 100,000 apps by September if the Market coninues to grow at the same rate.

With some high profile Android mobile handsets including the HTC Incredible and HTC Evo being released in the coming months, there could be considerable growth within the Android Market as developers look to offer apps to a host of new Android handset owners.

It is expected that Google will announce an official app count at its upcoming I/O Conference on May 19th.

Read next: The difference between Marketing, Branding and Advertising