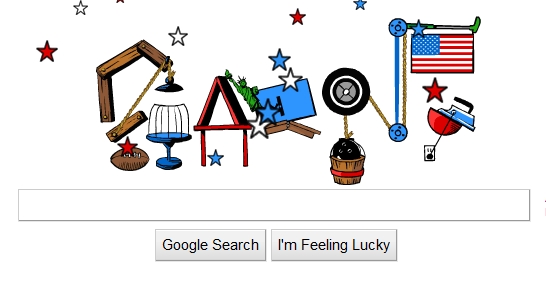 The smartphone war is well and truly underway, the big players including Apple, HTC, RIM, Samsung and Nokia are all vying for position in an already saturated mobile handset market.

Smartphone vendors are releasing handsets like never before but is it the best way to  increase the all-important revenue stream that keeps these companies in business?

To me, there are some fundamental mistakes that smartphone vendors are making when bringing their products to market and I believe they can be amended. All is explained after the jump. When new smartphone handsets are launched, most are only available via one mobile carrier. A lone mobile carrier is quick to offer new handsets at lower prices, subsidizing the cost of the phone with a longer contract length in order to recoup some of the money invested in acquiring the phone.

This is dangerous, especially in countries where there are significant differences in the quality of service offered by different mobile carriers. For example, Apple have been scrutinised for offering the iPhone exclusively via AT&T, a network that customers have said offers poor customer service, bad coverage and costly tariffs.

Internationally, Apple initially offered the iPhone exclusively to one network but have since liberated the device, the company recently adding eight new carriers to reach of total of 151 worldwide. Cnet report that “including hardware, accessories, and payments from carriers, Apple made $5.3 billion off of its smartphone” last quarter.

It’s a bold move for vendors, especially as it impacts the companies that distribute its handsets. The market will always demand a choice, a mobile carrier should be one of them.

2. Concentrate On Quality NOT Quantity

Driven by Moore’s Law, smartphones also fall prey to being superseded by the bigger, better, more powerful device on the block. Personally, I have been in the position where I spend weeks trying to decide on a device that I feel is the best smartphone on the market, purchase it, only for the smartphone manufacturer to decide to release a new model that has double the processing speed and a huge number of extra features than my device the week after.

Back in December 2009, numerous tech outlets caught wind of the codenames of some of HTC’s upcoming handsets; Bahamas, Bravo, DesireC, Dragon, Dream, Espresso, Halo, HeroCT, HeroC, Hero, Huangshan, Incredible, Legend, Liberty, Memphis, Paradise, PassionC, Passion, Sapphire and Supersonic. Some of these have been released, some are due to launch very soon (a couple have been renamed).

I’m in the fortunate position to know how the HTC Incredible (due April 29th) differs from the HTC Evo (formerly Supersonic, due Summer 2010) yet the average consumer would have a hard time differentiating. Both devices offer 1GHz processing power, 512MB RAM, 8MP camera and run on the Android operating system, so does this mean the Incredible is being released to plug the gap until the slightly fuller featured Evo launches later in the summer? To me they are both great phones, why not release one instead of both and capitalise on it’s unique feature set?

If a customer purchases a new HTC handset, are they likely to be downcast when they learn that a new handset called the HTC Evo is due to be launch in 3 months and will feature 4G capability, HD recording and a front facing camera? My guess is yes. Most modern smartphones receive regular updates but its dependant on the device you own as to what software/firmware upgrades you can expect to get. If you own a smartphone that runs a proprietary operating system – in this case RIM, Apple and Windows Phone 7 – you are generally at the whim of the manufacturer as to what features are added when you do update.

As an owner of an Apple iPhone and a HTC Hero, I have experienced two entirely separate approaches to keeping a device current and feature rich.

Apple has been chastised for their inability to include what many mobile users consider default features; copy and paste, MMS and multi-tasking to name a few. But they do release steady updates for their customers, pushing the capability both old and newer iPhone models forward.

HTC on the other hand are very hit and miss. Owning a Hero, I have yet to receive the proposed Android 2.1 ROM update which has been threatening to be released any time now. My device is still chugging along on it’s default 1.5 Android build, yet Android 2.2 could be pushed to owners of Google’s Nexus One device as soon as May 19th.

The issue isn’t HTC specific but it doesn’t stop it being frustrating.

The life of a smartphone battery is a short one, especially if the handset is in continual use. Handset vendors are constantly researching ways to get more out of Lithium batteries but most devices are unable to last a full day before they need recharging.

There are a number of different technologies in development that will allow for longer lasting batteries but in the meantime it would be interesting to see technologies such as photovoltaic cells incorporated into handsets to allow a handset owner to partially charge their phone using solar radiation.

Owning an iPhone, Blackberry fanboys will always play the “I get 3 days between charges” trump card when comparing the two phones. If a smartphone owner can get more than a day of use out of their handset they would be more likely to stay with the same manufacturer.

Most smartphone vendors are in a difficult position because ultimately it isn’t the vendors who sell devices to the end user. Agreements have to be drawn up with different mobile carriers to market and sell the handsets and as the mobile industry continues to grow, it’s the carriers who hold more weight with consumers.

What do you think vendors could do to retain your custom? Is it as easy as lengthening battery life or would it take something special to stop you ditching your current phone for an Apple iPhone or HTC Evo?