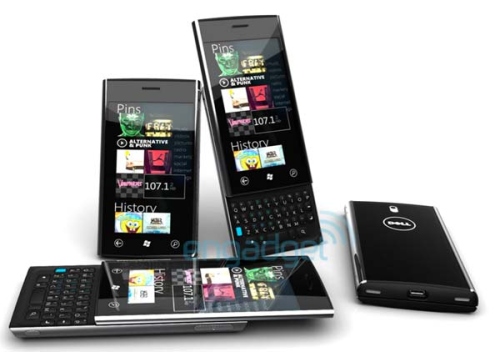 It seems to be quite the time for leaked handsets at the moment.

Just as the he dust around the Apple iPhone 4G debacle had begun to settle, Dell has reignited the smartphone wars with a sleek new Windows 7 Phone called the Dell Lightning that looks every bit as good as its specification.

The device also has a built in accelerometer, GPS chip, compass, FM radio and can connect to WLAN B/G/N networks. The handset will support both full DivX playback, Flash and Silverlight although the operating system may ship without Flash support initially.

The Dell Lightning is expected to ship in Q4, sometime between October and December, indicating the Dell Lightning could be one of the initial Windows 7 Phone launch handsets. There is no word on an international launch date although you can expect that to be some time after the US release.

The last quarter of 2010 could be interesting – with the HTC Evo, HTC Incredible, iPhone 4G and now the Dell Lightning all out to market, you really will be spoilt for choice.