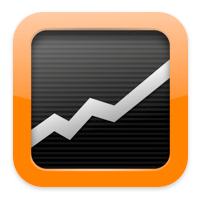 Developers are coming to terms with another change in the license agreement for iPhone OS 4  that will ban third-party analytics apps from tracking and reporting tracking how users interact with applications on their Apple device.

The passage in the agreement reads as follows:

As a result of this change, analytics companies such as Distimo and Flurry will be seeking clarification from Apple to see whether the the service they provide does fall foul of the new terms within the developer agreement. The term “Device Data” could encompass any number of different things, gaining a clearer understanding of what the data entails will be paramount to the future of analytics inside apps on the iPhone.

“The Distimo Monitor service does not rely on a third party API as outlined in the new iPhone developer agreement, and is therefore not impacted by it,” wrote a spokeswoman for Dutch analystics firm Distimo. “We do not expect Apple to ban analytics parties that in fact work with an API, as long as Apple does not provide in-app analytics themselves. There is a strong market demand among developers for high quality analytics on their application’s performance.”

It’s not clear whether the agreement has been updated to safeguard Apple’s new iAd initiative but what is clear that a restriction on app analytics could put developers off developing apps for the iPhone if they can’t obtain up-to-date information on how well their application is performing.

We will update you as soon as we receive clarification on this matter.