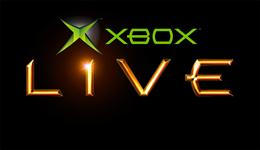 Not confirmed by Google, but it does seem that the internet giant is greasing the wheels of Android adoption among carriers and handset manufacturers by sharing advertising revenue all around.

Brilliant when you think about it, even the manufacturers get monthly revenues from already sold handsets. Where do the ad dollars come from? Search, maps, and other Google applications that are often shipped on Android phones.

Of course, you do not have to include those applications to sell an Android phone. The OS is fully functional (but I would say lame) without the Google love. By paying everyone for including their apps, Google ensures the best possible Android experience for everyone.

How much money are we talking about? Given the small size of the mobile search market and the minimal advertisements in other Google apps, not much. But it is a completely new revenue stream that seems to have resonated with the carriers and manufactures that have flocked to the Android OS.

Some 60,000 Android phones are shipped every day. All that in 18 months, an extremely impressive feat. Is Google paying the other companies underhanded? Not at all. Powerful? You bet.

Read next: How To Kill Your Cable Mess