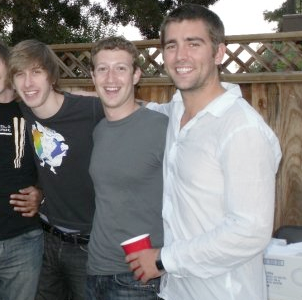 Welcome, readers, to a post about the awful Auto-complete on Android phones.

Or, as that sentence would probably read if I had typed it on my Nexus One: “Welcome, readers, to a posterior a. Bout the awful auto-compere on Android phobes“.

Yes, the default keyboard with Android can be difficult to get to grips with, especially if you’re used to the way the iPhone’s keyboard works. There are ways to improve the experience and we’ll get to those below.

First, here are some of the best mistakes I’ve made typing on an Android phone:

I meant to say: I hate mushy peas
With Android I said: I have misguided peas

Why is the Android keyboard so tough to use?

Some people have no problem with Android’s keyboard but if (like me) you’ve come from an iPhone you may be in for a world of embarrassment as you have to send extra SMS messages and IMs correcting the typo that got through before.

The iPhone’s auto correct is easy to use as you just have to trust it. Get most of the letters right in a word and as soon as you press the spacebar behind-the-scenes magic works out what you meant to say. Amazingly, it gets it right most of the time.

With Android, the keyboard works differently so if you’re having problems there are three solutions…

The Android keyboard is actually quite easy to adapt to. If it doesn’t understand the word you put in to it, it will often slot in the longest possible word it can think of with those letters in – hence my “Misguided peas” above.

The trick to get around this is to forget the spacebar completely and instead use the suggested words that Android displays above the keyboard as you type.

This way, all you need to do is type a few letters of the word you want and the correct word will most likely be displayed above the keyboard. Select it and the whole word is slotted in, complete with a space afterwards so you can get on with your sentence.

So, forget watching the keyboard as you type and just tap away with your eyes on the suggested words. Press the one you want and you’re done!

Better Keyboard is an app available in the Android Market that replaces the default keyboard with an alternative that many users prefer. It’s a little more iPhone-like in its layout and a vast range of skins are available, including one that will actually make it look like an iPhone keyboard too.

While many users much prefer Better Keyboard to the default, I couldn’t warm to it. The keys are narrower which led to more, not fewer,  mistakes for me and my big thumbs. Still, it’s worth the small a try as it may be the solution to your woes.

Swype is an app that offers an alternative way of typing. It’s getting rave reviews from many who use it.

Instead of tapping keys you swipe your finger over the letters you want to type. It’s reportedly a fantastic solution and a recently leaked version of the Android app went down well with the people who tried it.

The problem? Swype’s business model is to only sell its keyboard solution directly to handset manufacturers, meaning that you’ll have to buy a new phone if you want to buy it.

The first Swype-enabled Android handset, a version of the T-Mobile myTouch 3G (AKA the HTC Magic), launched last month in the USA. More handsets are expected to ship with Swype later this year.