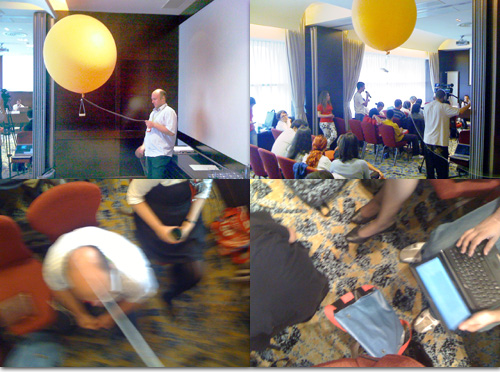 Nokia and Intel have announced a partnership that will see the companies create a brand new OS from their Maemo and Moblin platforms respectively.

The world’s top cellphone maker Nokia said it will merge its Linux Maemo software platform, used in its flagship N900 phone, with Intel’s Moblin, also a version of Linux. MeeGo will not replace Symbian but Maemo will be replaced entirely by MeeGo, hosted by Linux foundation.

MeeGo isn’t just for mobile phones either, it’s for televisions, cars, netbooks, literally anything with a processor inside.

According to a CNet interview with Renee J. James, a senior vice president at Intel, the goal for MeeGo is to combine two disparate, unwieldy operating environments under one roof. “Across a range of devices we’re looking to build a single Linux platform with a single developer environment and a merged API.”

From the MeeGo site, MeeGo includes:

Via TechRadar via CNet