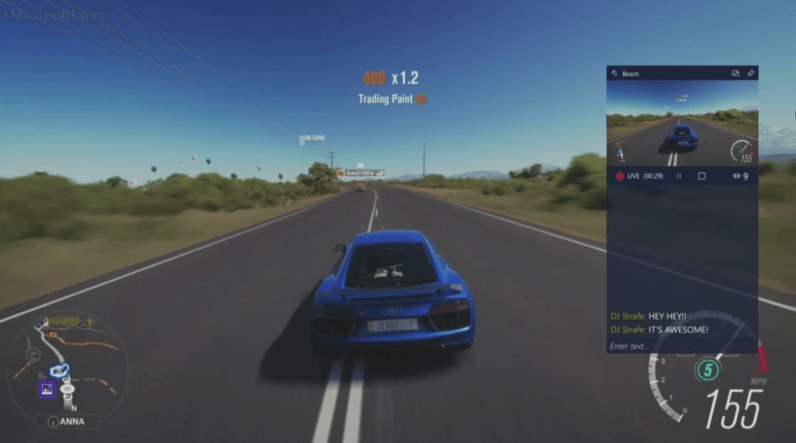 So far, we’ve seen what Windows 10’s Creators Edition means for productivity, design, and Hololens. But what about for gamers, which are a major constituent for Microsoft? Taking to the stage was Jenn McCoy, from Microsoft’s Xbox division, who demonstrated three new features games are sure to love.

E-Sports and streaming are both huge. As a result, it wasn’t a surprise that Microsoft has baked videogame streaming into Windows 10 Creators Edition. In just a few clicks, McCoy was able to stream a game of Forza on Beam.

Another big feature on show was Custom Tournaments. These allow you to compete against your friends using Arena on Xbox Live. Everything from the rules of the game, to the game itself is at the discretion of the user. Custom Tournaments can be scheduled to a specific time, and work across Xbox and PC.

McCoy finished up by announcing that Windows 10 Creators Edition would bring support for Bitstream Audio Pass-Through on Xbox One, while playing Blu Ray. This includes support for Dolby Atmos.

Read next: Microsoft boosts the Surface Book with 2x graphics and 30% more battery