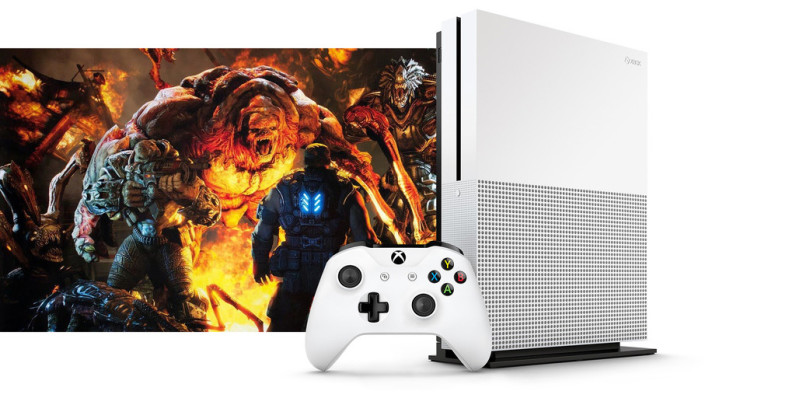 Gamers are in for a lot of surprises and big reveals at the E3 expo starting this week, but obviously, there are some of us who just can’t wait to see what’s in store.

The pictures show the Xbox One S in a white finish, that’s described as being ’40 percent smaller’ and featuring a 2TB hard drive, 4K and HDR video playback capabilities, as well as a vertical stand and ‘a streamlined controller’.

Ekim also noted that the power brick is integrated into the console body, further reducing the amount of space the One S will take up in your living room.

As is usually the case with leaks, Microsoft didn’t have anything conclusive to say about this. It simply told The Verge in a statement, “¯\_(ツ)_/¯ www.xbox.com/e3.”

Fine, Microsoft, be that way. We’ll just have to wait for its press conference at E3 in about 11 hours from the time of writing to learn more.

Read next: Fallout 4 is getting a VR release next year