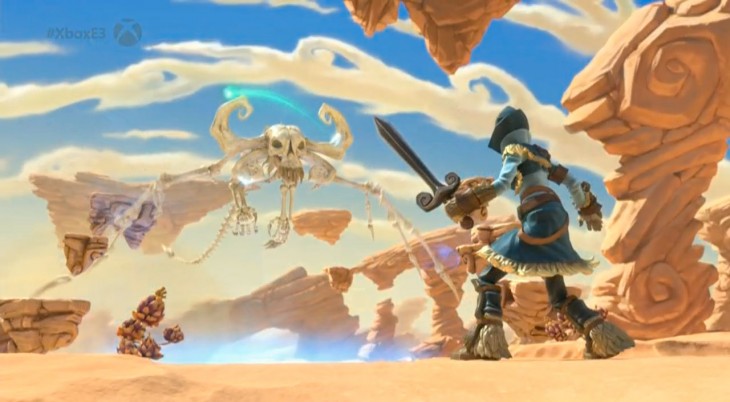 Project Spark, Microsoft’s odd ‘make your own’ game, is shutting down. No longer available for download, Project Spark will vanish completely this August when its servers are shut off.

If you’re unfamiliar, Spark was a bit like Minecraft or Mario Maker, except it promised to go way beyond 8-bit graphics or side-scrolling play. It let players create in-game objects and characters — or tweak what had been created already.

In a blog post announcing the shutdown, Microsoft acknowledged it had eased away from actively developing Spark last Fall, so this day was likely one we should have expected. Interestingly enough, the post also suggests there was quite a bit of synergy around Spark:

Our team released 46 content packs, thousands of assets and 16 updates since launch (averaging more than one update every two months). We produced hundreds of livestreams and videos to educate and celebrate our community. In turn, our passionate fans have then gone above and beyond supporting “Project Spark” by uploading hundreds of thousands of creations and dreaming up millions of objects, behaviors, and experiences. Outside the game, they created fan sites, tutorials, forums, apps, and more! We thank everyone who has played or created anything within “Project Spark,” as it would have never existed without you.

If you’ve purchased a ‘Project Spark Starter Kit’ from a retail store, your Microsoft account will be credited. If you redeemed a purchased code inside of Spark between October 5, 2015 and May 13, 2016, you’ll receive a credit that can be used int he Xbox or Windows store, which will be generated automatically.