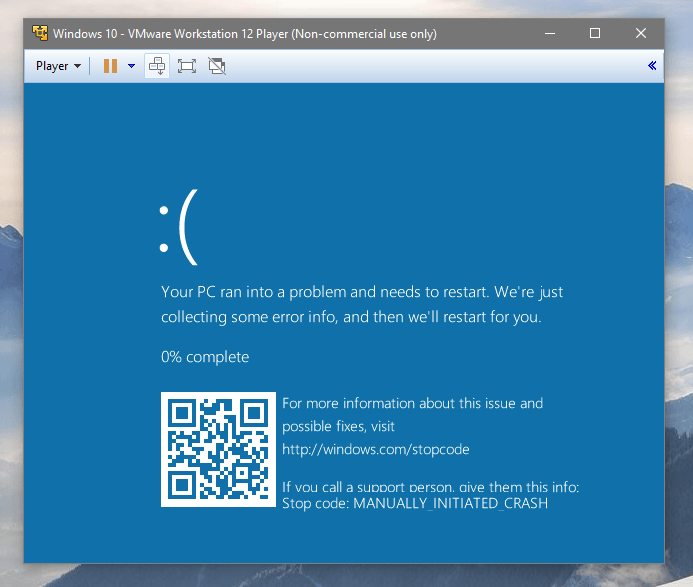 While nobody enjoys being greeted by the Blue Screen of Death, Microsoft’s latest update could make it a little more useful. The company has added a QR code in Windows 10, which is set to arrive with the Anniversary Update this summer.

After releasing the latest preview of the update last week, users were quick to notice the addition of the QR code on crashes.

Don’t worry though, Microsoft hasn’t done away with its sad ASCII smiley, it’s still there to taunt you. The only difference now is you’ll be able to get information about the root cause of your crash by scanning the QR code, which has an encoded URL. You’ll then be taken to a webpage about the issue to troubleshoot.

It’s a simple update but it marks the first time Microsoft has made an improvement to the dreaded screen since Windows 8 and it’ll be interesting to see just how useful the troubleshooting suggestions really are when the update lands later in the year.

Read next: Hands-on with the HTC 10: A 5.2" flagship smartphone that has a lot to prove