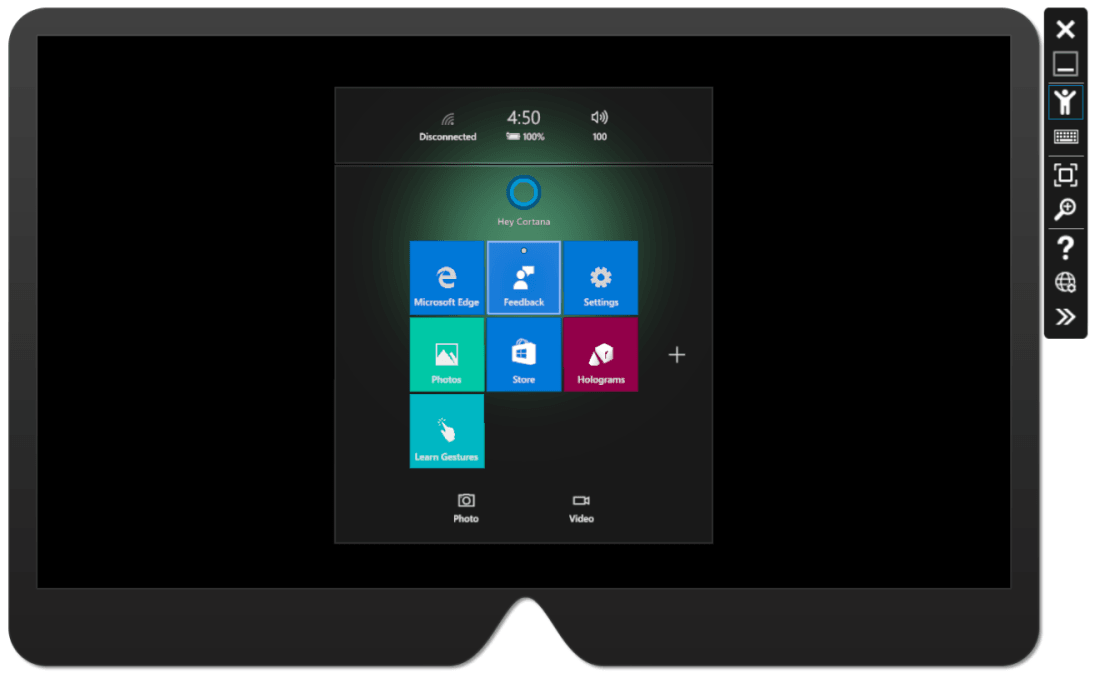 Today at Build, Microsoft’s developer conference, Microsoft announced it will ship its $3,000 development kit for the HoloLens. It also secretly released a HoloLens emulator which allows developers to build augmented reality apps without actually owning a headset.

The emulator uses a Hyper-V virtual machine and works with Visual Studio to perform most of the same tasks you’d expect from HoloLens. Rather than relying on environmental inputs from the headset, the emulator uses keyboard and mouse (or an Xbox controller) commands to respond as if they were being run on HoloLens.

The commands are a lot like your typical PC game, with the typical WASD movement commands and dragging the mouse cursor around to re-adjust the camera.

After a keynote that focused largely on the HoloLens headset, it’s an odd omission to leave out Microsoft’s new emulator. Seems that it would have been a perfect inclusion into the announcement of Microsoft’s open source project ‘Galaxy Explorer‘ (now available on GitHub) that helps developers make their own HoloLens apps.

If you want to try it out you can grab the HoloToolkit on GitHub or the HoloLens emulator directly from Microsoft.

Read next: Microsoft's Build 2016 message: 'we love Cortana' (but should users?)