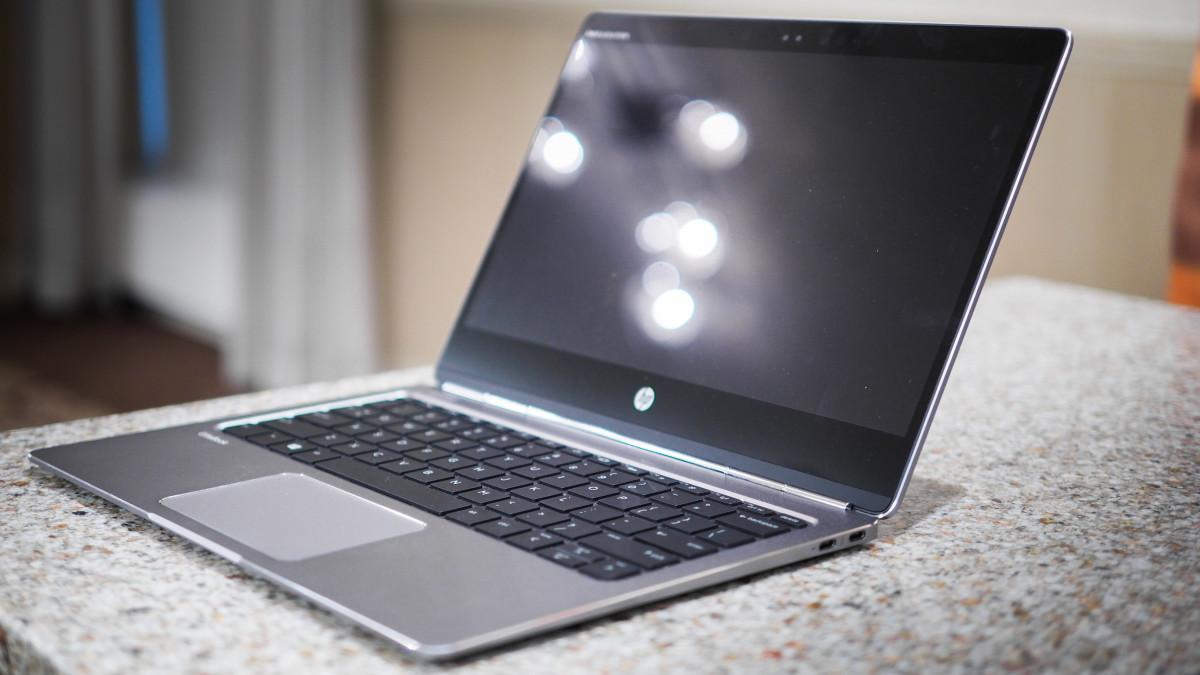 HP is not normally the first company that comes to mind when you think of top-notch laptop design, but it just took a giant stride to make you think again. Its new EliteBook Folio sets its sights firmly on the 2015 MacBook – from what I’ve seen so far it looks like it’s going to be a fair fight.

At first glance, it ticks all the boxes. The laptop is only 12.4 mm at its thickest point and weighs 2.2 lb (versus 13.1 mm/2.03 lb on the MacBook), and comes in an attractive metallic finish. The pictures don’t really do it justice – it’s more gunmetal than silver and has a more reflective sheen than the flat matte so prevalent in Apple products.

The real stunner however, is the display, which can be be configured at either 1080p or 4k. The latter is ridiculous by laptop standards: a massive 352 ppi compared to 226 on the 12-inch MacBook.

The screen stretches out from edge to edge, giving it a larger 12.5 inch screen than the MacBook’s 12 and it’s topped by a 720p webcam above – we won’t mention how low res Apple’s version is.

The typing experience was surprisingly comfortable thanks to a full-size keyboard with decent travel, which makes me question Apple’s supposed need for the god-awful keyboard on the 12-inch MacBook (to be fair, some of my colleagues like it, but I can’t stand it).

Spec-wise, it runs on either an Intel Core m5 or Core m7 processor, which allows it to forgo fans and maintain reasonable battery life. HP says it will last up to 10 hours on a charge with the 1080p model, with an hour or two less on the 4K option.

Both panels are touchscreens, and the display can fold back 180-degrees if you happen to like using your laptop on a wall. You also get two USB-C Thunderbolt 3 ports, both of which can be used to charge the laptop or connect to other devices via a variety of accessory dongles.

We’ll need some more time with the device to see how it behaves in the real world, but the initial impressions are promising – it matches the MacBook for specs and design and has a better display, a lower starting price, a better keyboard (arguably), and a larger screen in a slightly smaller frame.

Here’s to hoping the performance and longevity live up to the design when it launches in March, starting at $999. If you want more details on the new Folio, or details on HP’s slew of other new laptops, check out the source link below