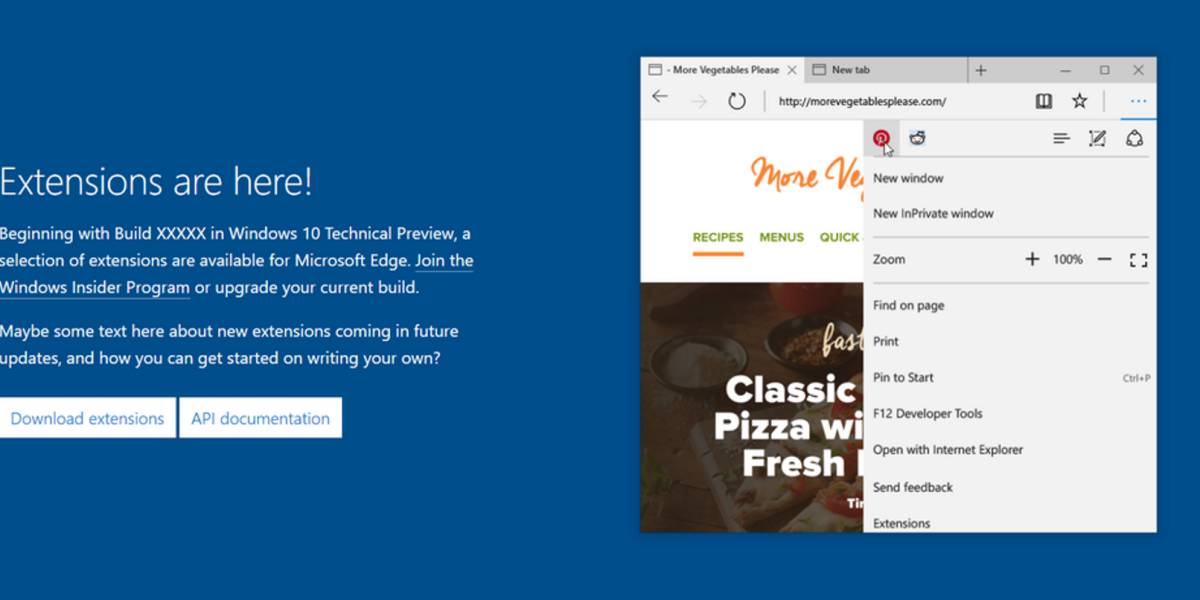 The lack of extension support in Microsoft’s Edge browser is a key failing in an otherwise great experience. It’s, unfortunately, the reason I don’t use it as my daily browser, at least to try out properly.

While Microsoft had previously been planning to roll out third-party extension support before the end of the year, the company then broke the news that the launch had been delayed until next year.

However, according to Twitter user WalkingCat, Microsoft accidentally goofed and made two extensions available accidentally for a short while. The page now leads to an error message.

From the look of it, among the first extensions to arrive will be offerings from Reddit and Pinterest’s ‘Pin It’ button.

Of course, with official support not slated until next year and no word from Microsoft in this being brought forward, it seems we’ll still have to wait a little longer for widespread third-party extension support in Edge Still, it’s nice to know that progress is being made and big name partners will be ready for launch day, whenever that is.

Read next: GCHQ gives you homework in its 2015 Christmas card