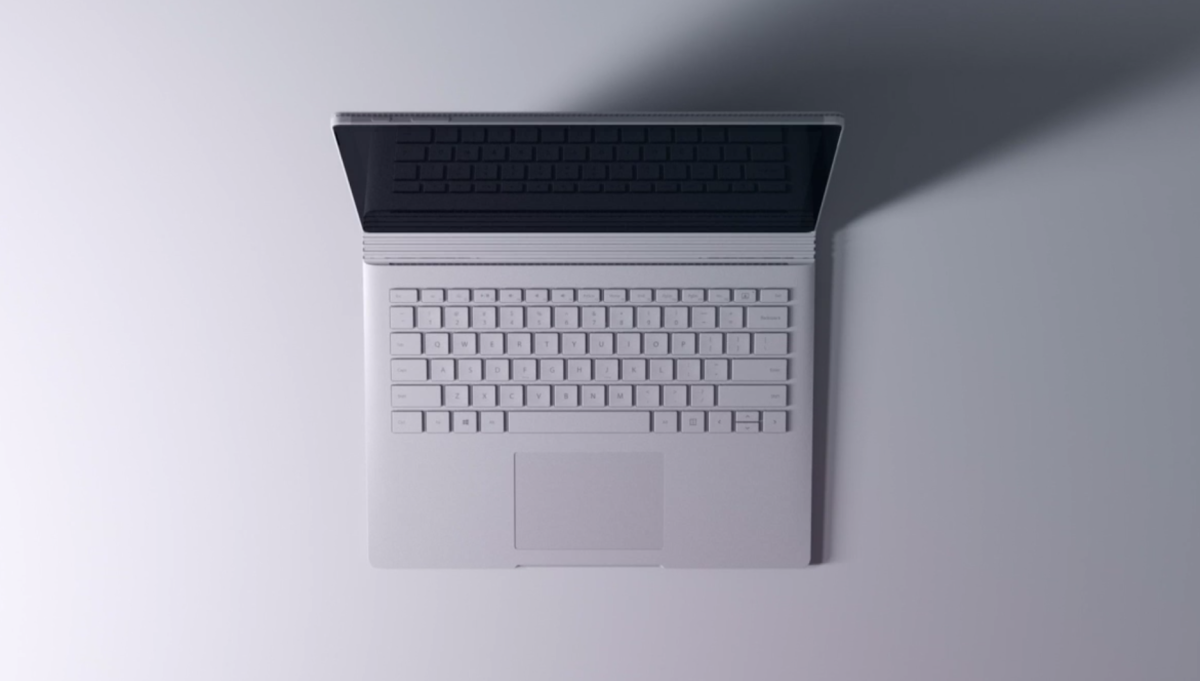 It’s a Surface laptop, built by the same team as its tablet with the help of engineers from the Xbox group as well. The Surface Book is encased in a magnesium body, rather than plastic or aluminum.

Microsoft calls the hinge a ‘muscle wire’ and lets you pull them apart easily by seamlessly putting an electrical charge into a wire, which allows you to separate the keyboard and tablet.

According to Microsoft, the keyboard sports “best in class keys” and is quiet to type on — no more angry, loud typists in the library.

Spec-wise, it has an Intel Skylake chipset, 12-hour battery life, and a dedicated NVIDIA graphics chip. The GPU for the chipset is in the base, so integrated graphics are used when the device is detached.

Panos Panay, Microsoft’s VP of hardware, said on stage that it’s the “fastest 13″ laptop in the world” and said it sports “2X the performance of the MacBook Pro” — though Apple’s device has last generation’s chipset.

Surface Book starts at $1499 and will be available on October 26 in the United States and Canada, with other countries following at a later date.

Pre-orders will also start tomorrow in those countries too — I think I want one?

Read now: Our hands on with the Surface Book