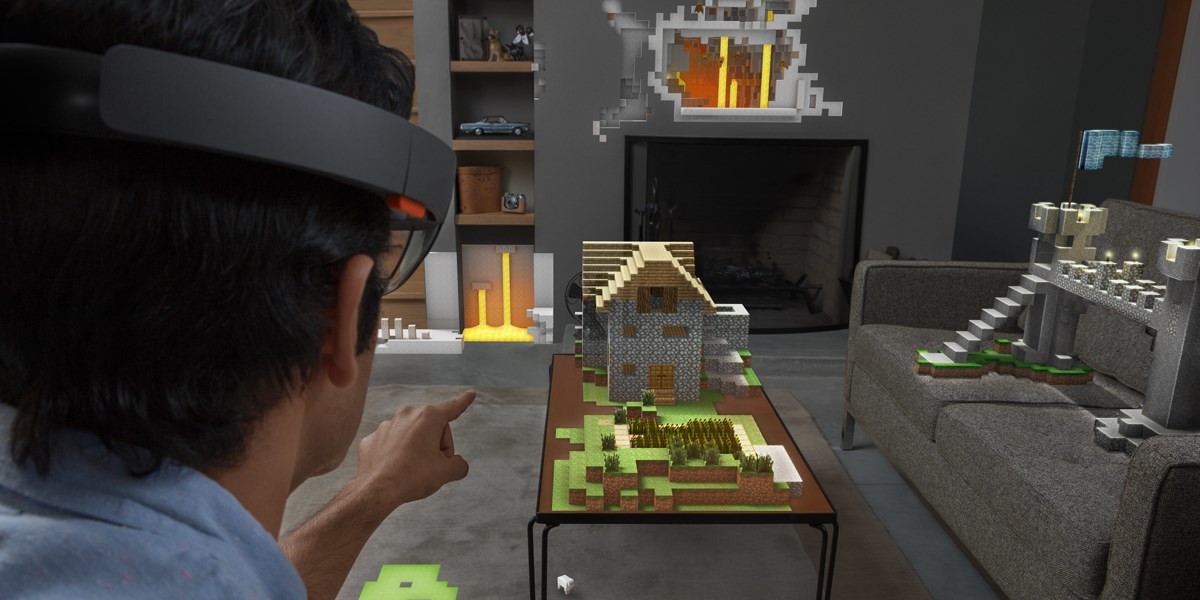 Nadella said that gamers have a completely new experience to look forward to when HoloLens hits store shelves.

Gaming is going to be reimagined. Classic game developers, like those working on Minecraft, are building a different type of game for this new medium.

He added that Microsoft is teaming up with Oculus, Valve and others to advance VR gaming technology. The company first announced this partnership in June at the E3 expo.

Responding to Wired journalist Jessi Hempel’s question about which sectors will first get to experiment with HoloLens, Nadella said that Microsoft will begin with enterprises.

It’s going to be definitely the single-application use in the enterprise. If you’re an industrial designer and use AutoCAD or Maya on HoloLens, there’s no going back. You literally see the output of what you’re designing right next to you. The same goes for architects. Those (applications) are easy to imagine.

Now what are all the other use cases? You saw Skype. That’s what we want to look at and see how that changes, how people communicate, and how customer service changes.

Nadella is excited about HoloLens’ applications for learning. Having used the device for the past couple of months at his office and home, he noted:

I, for example, watch a lot of video. I put up Coursera on one side and I have my Edge browser on the other, and I find this to be a fantastic digital learning platform for me.

Of course, HoloLens won’t become available to customers anytime soon. Nadella reiterated earlier statements in which he said that it’ll likely be five years before it’s released to consumers, and that developers will get to try it sometime in 2016.

Read next: 'Paint with Donald Trump' lets you decorate a canvas with the billionaire's face