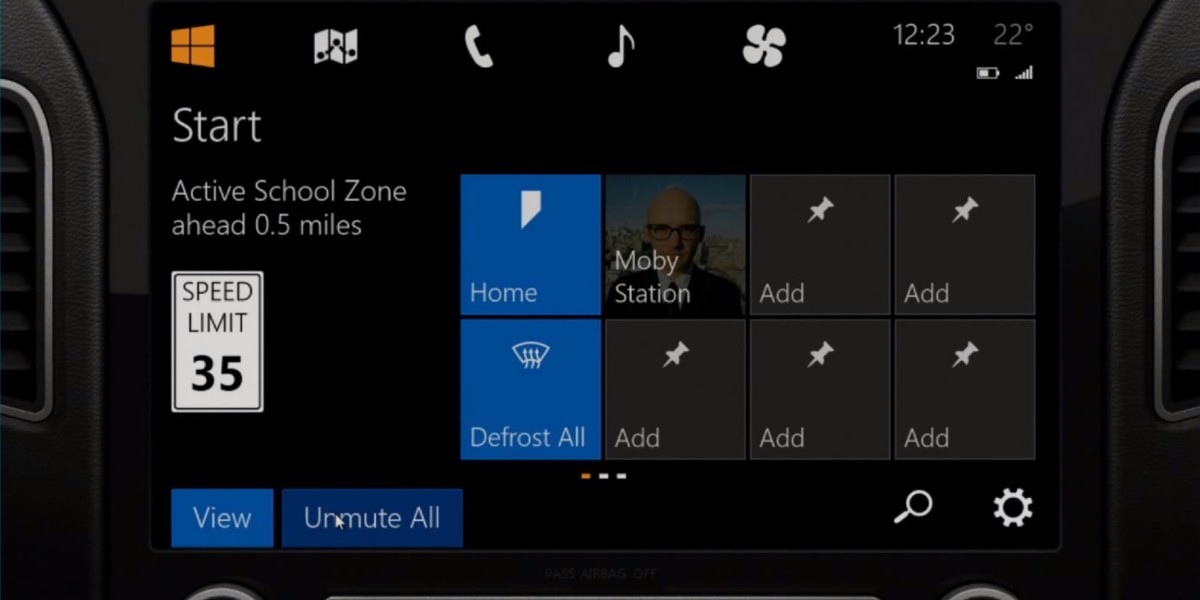 Microsoft is experimenting with in-car technology that will let drivers interact with its voice assistant Cortana, reports Taipei Times.

Speaking at the company’s TechDays event in Taiwan, Microsoft Asia-Pacific Research’s COO Samuel Shen said that it has developed a Cortana-enabled connected car prototype that projects a display onto the windshield and accepts voice commands for functions like navigation and making restaurant reservations.

Shen added, “We have not launched similar products due to the high cost, but we hope to have further discussions with Taiwanese partners to jointly explore future possibilities.”

The company previously unveiled its ‘Windows in the car’ concept last year, which featured an in-dash touchscreen that mirrored a Windows Phone’s functionality.

If it becomes a reality, Microsoft’s concept will have Apple’s CarPlay and Google’s Android Auto to contend with.

Read next: Facebook will now broadcast missing children alerts in the UK