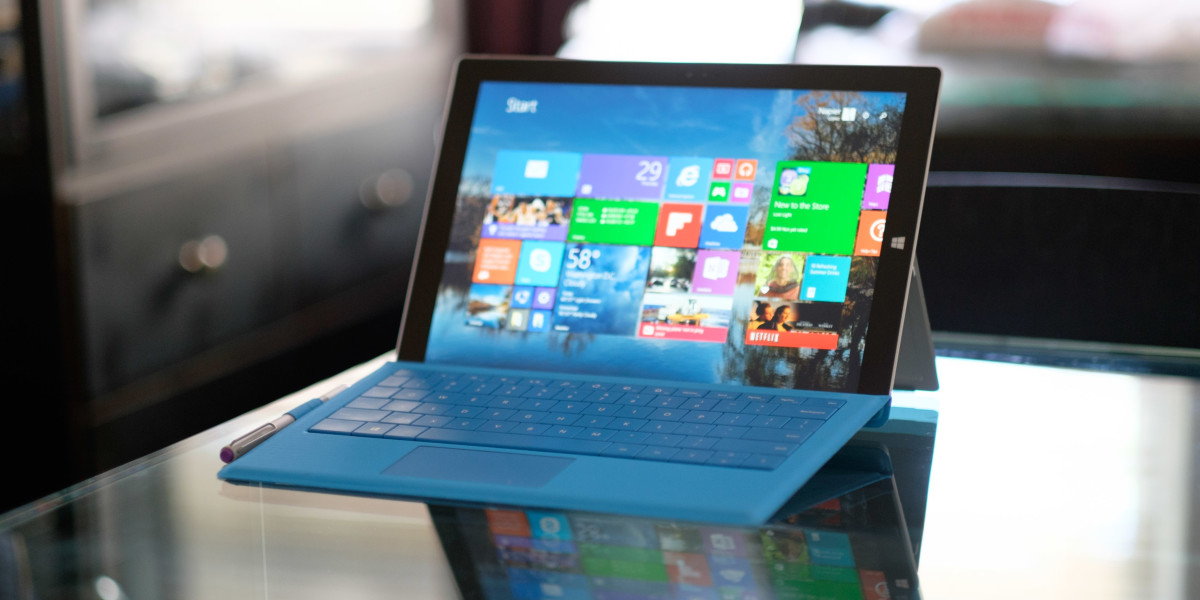 Microsoft has longed pitched its Surface line as “the tablet that can replace your laptop.” Divisive as that claim has traditionally been, the Surface Pro 3 and Surface 3 showed the company may have been on to something. And with Windows 10, those devices have become even better.

But the Surface line has the potential to be much more. If it really wants to get the leg-up on both Apple and competing Windows manufacturers, Microsoft should create a dock that can power up its future devices with an external graphics card.

The vast majority of popular laptops aimed at the average consumer ship with integrated graphics – graphics that share RAM and other components with your CPU chipset. That has its benefits: they generally are cheaper, run less hot and extend your battery life.

But they also categorically suck for gaming. Sure, Intel’s taken great steps to improve its graphics – the Iris chipsets found in the MacBook Pro line are usable, and the Iris Pro goes a step further – but the integrated route is still pretty laughable if you want to play any sort of modern game with decent settings, let alone prepare for future titles.

You’re trapped. If you have any interest in gaming at all, you’re forced to sacrifice significantly on your laptop’s size, weight, battery life, price and/or design.

Talking personally, I want to game, but the other trade-offs aren’t currently worth buying a gaming device, so I just don’t really play PC titles any more. It’s far from uncommon; poke around internet forums and you’ll read people on the hunt for a new laptop saying “I want discrete graphics, but…” just about everywhere.

I want a good GPU for more than just gaming though; many processor-intensive programs I use take advantage of available GPU power. Adobe Lightroom, Photoshop, After Effects, Autodesk’s AutoCAD and Sony Vegas are just some off the top of my head.

While the utility of an external GPU will vary depending on what exactly you’re doing, there’s no doubt pretty much anybody who uses a computer for more than just the Web and documents could reap the benefits. And with the growing popularity of technologies to take advantage of GPUs in non-game software – like OpenCL and Nvidia’s CUDA –  the advantages only become clearer.

I’m far from the first person to offer up the graphics dock suggestion. Quickly searching ‘surface external gpu’ on Twitter leads to a myriad of hits from hopeful idealists:

@LinusTech if Surface Pro had 8x PCIE3.0 output to external GPU, would you buy one? #futurethinking

We also know from a Reddit AMA last year that Microsoft has at least thought about it, and the technology wouldn’t be unprecedented. External GPUs have been picking up steam, now that at least two manufacturers have begun to offer native solutions in the past year.

Alienware – owned by Dell – recently released the $280 Graphics Amplifier, a proprietary external enclosure which allows you to power up even its smallest and least powerful laptop, the $899 Alienware 13, with virtually any desktop graphics card you want.

Surprise: it works. The 4.5-pound, Core i5 device suddenly is able to run the new ‘Tomb Raider’ with nearly maxed out settings at 106 FPS using just a midrange graphics card.

MSI offers an even more extensive solution for its 13-inch GS30 laptop. That laptop weighs only 2.5 pounds and is 20mm thick, but comes with the ‘Shadow’ graphics enclosure bundled in-box, and the dock even includes a speaker and an external hard drive slot to boot.

But those are gaming companies, marketing to dedicated players who are buying a laptop with the primary goal of running the latest titles.

Even without the docks, these aren’t the devices the average consumer is looking at, and these companies don’t have anything near the marketing power a big name like Microsoft can muster. Nothing like this has ever been seen from a mainstream company, much less from a tablet.

Each Surface Pro has had a compatible dock since original model, but they’re pointless for most people. In fact, their suckiness is what inspired this post in the first place – not because they don’t work well or are poorly built, but because I can’t help but wonder why they don’t do more.

For instance, the Surface Pro 3 Docking Station provides three additional USB ports, Gigabit Ethernet and a Mini DisplayPort jack. That’s nice and and all, but it’s a poor deal for $200 given I could essentially match its functionality with a $19 dongle. You can’t even adjust the viewing angle on the darn thing.

I’d be much more willing to spend money on a dock with discrete graphics, even if it costs more. So would many others.

There are two main ways Microsoft could approach the issue:

In my fantasy world, Microsoft would offer both choices, but the latter would likely be cheaper and more marketable; it could even sell different graphics cards at different price tiers.

There are other alternatives too. If Microsoft really wanted to get zany, it could go the second route and make the dock upgradeable via a proprietary system or design a new standard for mobile docks altogether. It could create a metal keyboard ‘Gaming Cover’ with a more powerful GPU, designed similarly to the Asus Transformer. Or it could open source the port so third party manufacturers could build GPU accessories of their own.

It’d be up to Microsoft to sort the specifics, but the slate form-factor of the Surface line lends itself to the adaptability. Whatever the solution, the result would be a tablet computer that has a sort of upgradability and future-proofing that no one else can match.

The Surface could be the most versatile computer ever

I can already hear some of you chanting “Why not just get a desktop?” Besides the size, hassle and general inconvenience of buying a second PC, the question dodges the point.

It’s the same tired issue when someone suggests buying a ‘normal’ laptop and tablet over the Surface; I don’t own a Surface Pro 3 because it has a better keyboard or specs than all the laptops in its price tier (it doesn’t) or because it’s lighter than most tablets (it’s not). I own one because it’s way more versatile than decidedly orthodox devices like the MacBook or iPad.

There’s no MacBook you can comfortably use while moving around the house or walking on a treadmill, no iPad that can edit photos on a full version of Photoshop with the precision of a good stylus. Whenever I’m forced to use a normal laptop or tablet, I feel constrained, and I sure as heck want to neither carry nor pay for both.

Some shoppers will always prefer traditional devices, but you can’t deny the flexibility is starting to resonate; Surface sales have increased significantly since the launch of both the Surface Pro 3 and the Surface 3. Subjectively, I actually see the hybrid devices out in the real world every now and then. And Windows 10 goes a long way to reinforce Microsoft’s vision that one device can truly work well in multiple form factors.

Pricing would be an important variable, but even if people don’t immediately order a dock with a theoretical Surface Pro 4/5, I’m willing to bet many would invest in the tablet simply on the promise they could upgrade the graphics at a later date when they need to. An external graphics dock would add a huge amount of value and longevity to Microsoft’s devices, without forcing customers to pay up for it if they don’t want to.

Moreover, it’s something that’s simply never been done at the mainstream level. If Microsoft makes the right moves, the Surface could not only be the tablet that replaces your laptop, but the one to replace your desktop too.

Read next: How can Facebook bring its live video feature to the masses? Messenger