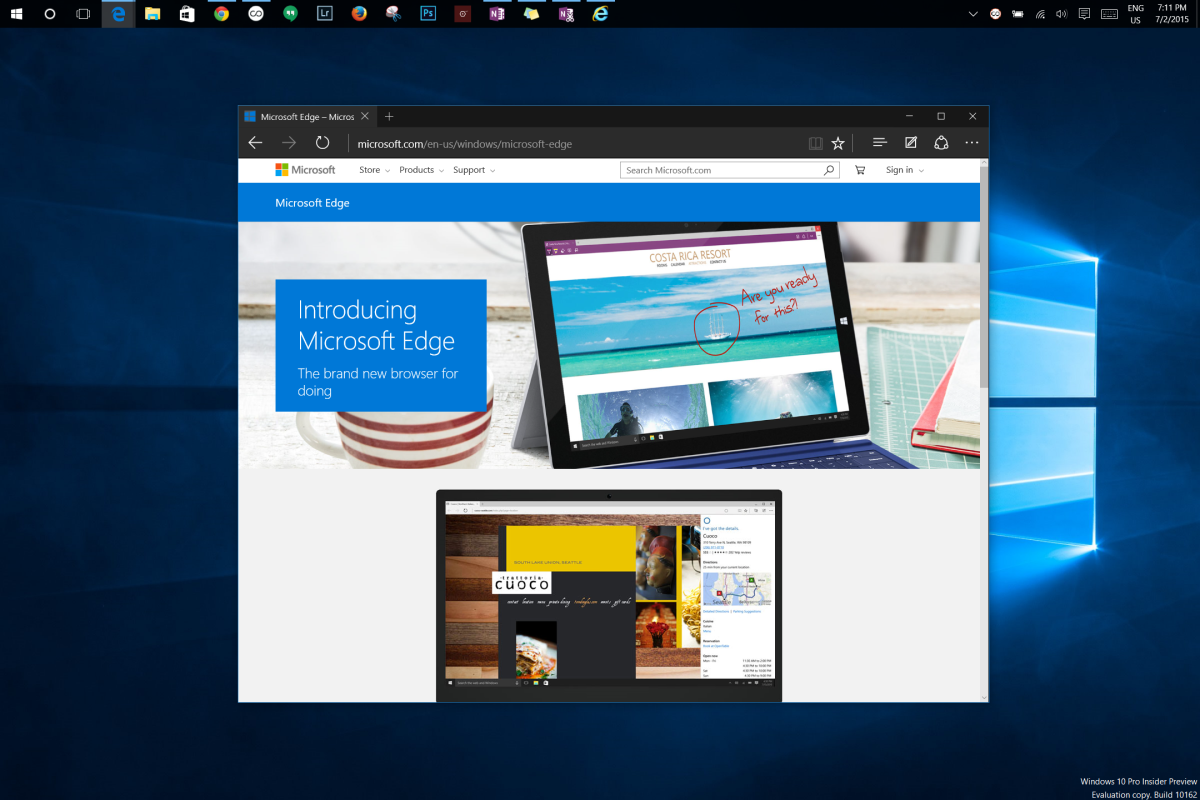 Microsoft is rolling out build 10240 of Windows 10 to members of its Insider program, and it looks to be a near-final version of the operating system. Microsoft is confident enough in this version to remove the desktop watermark, and doesn’t list any known issues in its blog post.

Although the company does not specifically say that this is the build that will be rolling out to manufacturers, reports suggest 10240 is the golden number. Still Microsoft says that Insiders will still be seeing some new updates over the next two weeks.

The new build is available through the standard Windows Update process; simply go to Windows update and click on “Check for updates.” You’ll have to be logged in with your Microsoft account to receive the build however.

Microsoft also took the opportunity for a shameless plug about Edge’s performance, claiming its been sped up in this build to beat Chrome and Safari on their own JavaScript benchmarks. Specifically, Microsoft says:

Finally Microsoft highlights that its distinguishing its full-fledged desktop Office apps from the ones built under the Universal App standard by adding ‘Mobile’ to each program’s name. To be clear, both of these can run on the desktop, but the universal apps are lighter on features and optimized for performance on the go.

Read next: Microsoft Edge is already good enough for me to drop Chrome

Read next: Want to know if that Amazon Prime Day price is actually a good deal? Use this tool