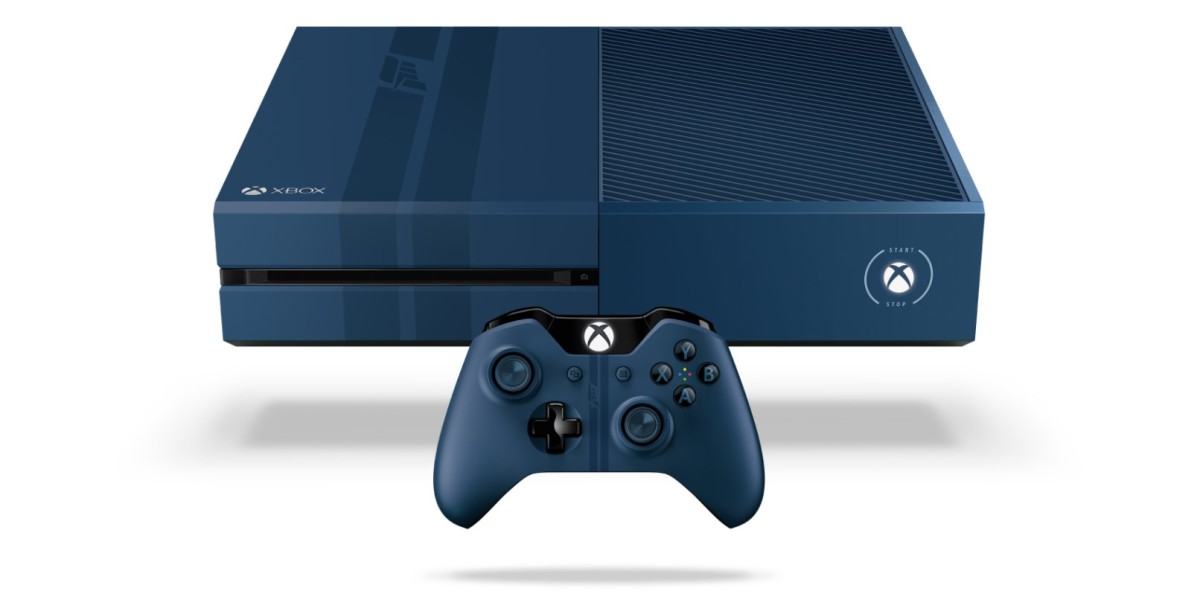 The console features a new paint job inspired by the game’s cover car, the Ford GT. The super high-gloss finish has racing stripes as well as a Forza 10th anniversary badge.

It also features automotive sound effects for various system actions like a revving engine at startup:

The 1TB console will be available for $399 in the US, bundled with a mono headset and a download code for Forza Motorsport 6 with a 10-year anniversary car pack.

Both the console and the the game will launch on September 15 in the US and September 18 in Europe. The customized controller will be available separately too.

You can pre-order the bundle now from Microsoft, Amazon and others.

Read next: Sony’s summer gift to you: A new 1TB PlayStation 4

Read next: An Ubuntu smartphone you might actually want to buy goes on sale in Europe tomorrow for €299