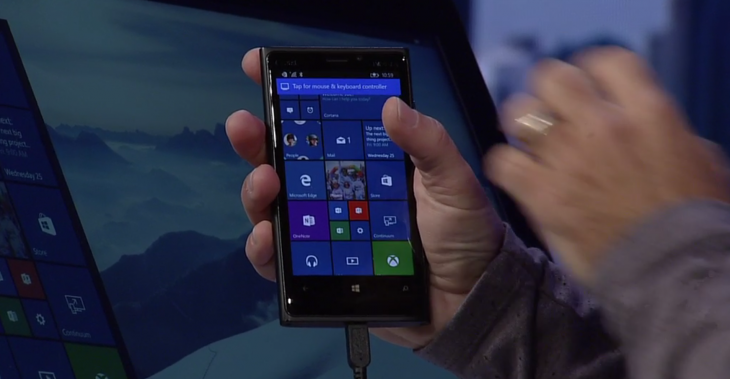 At Microsoft BUILD today: the company showcased how your Windows Phone can be used as a full computer, complete with mouse and keyboard.

Using Windows 10 Continuum, you’ll be able to plug a HDMI display into your phone and use universal apps like you would on a computer. You can opt to plug in a mouse and keyboard as well.

It’s not the full desktop experience, but it’s close to it. Universal apps can adapt to the screen size and work like their desktop peripherals.

You won’t be able to install Win32 applications, like on an Intel-based machine, but you’ll be able to use apps that are specially designed for Windows 10 devices.

One demonstration showed the same Office interface from Windows Phone running in desktop mode, from a single device.

With this announcement it’s obvious that Microsoft sees the future as converging to a single device in your pocket. If you could perform all of your computing from your phone, docking it with a PC for heavier activities, you might not need as many devices.

Read next: Microsoft demos how HoloLens will run Windows 10 apps