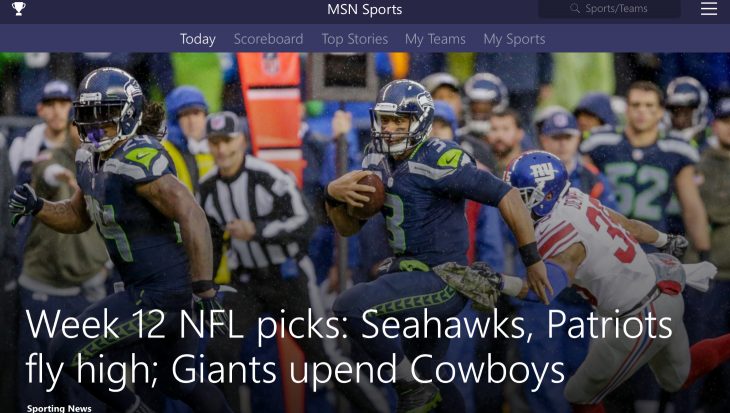 Following the overhaul of its MSN portal in September, the company today made MSN News, Sports, Health & Fitness, Food & Drink and Money all available to download.

MSN Weather is also available to download now for Android devices, but the iOS version of this specific app is due to arrive “in the coming months,” Microsoft said. The suite of apps will also work with Amazon’s Android-based devices too.

It’s a smart move from Microsoft; the company is still struggling to find the sort of mobile momentum with Windows Phone that Android and iOS have achieved, so making the apps available on rival platforms to get users familiar with the services makes sense. Whether or not this translates to more mobile users on its own platform in the long-run remains to be seen.