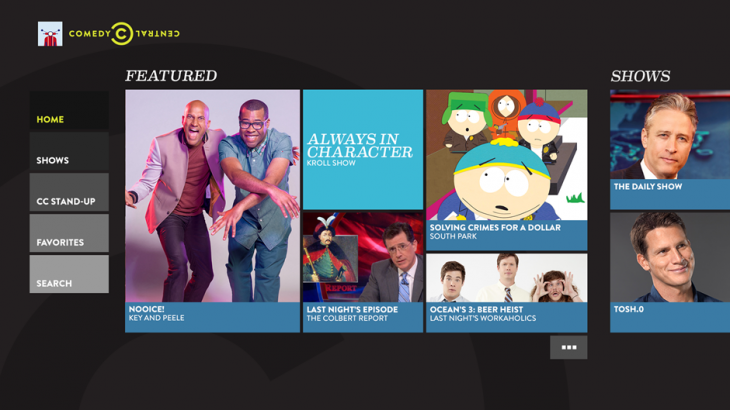 Own an Xbox One? Live in the US? Love comedy? If your answer to all three questions is yes, then you should probably check out the Comedy Central app that Microsoft announced today for its latest console.

The app acts as a streaming platform for all of the channel’s most popular shows, including The Daily Show with Jon Stewart, The Colbert Report, @midnight and South Park. It’s unclear exactly how much content will be available for free, however – Microsoft says US console owners who sign-in with their TV provider will have access to the “most content” inside the app.

If you can rustle up unfettered access, however, Comedy Central says you’ll be able to watch current shows the day after they air, as well as stand-up specials, digital shorts and extras. Complete seasons of classic comedy programming such as ‘Chappelle’s Show’ will also be available to watch on-demand.

Read next: PayPal integrates Bitcoin processors BitPay, Coinbase and GoCoin for merchants in the US and Canada