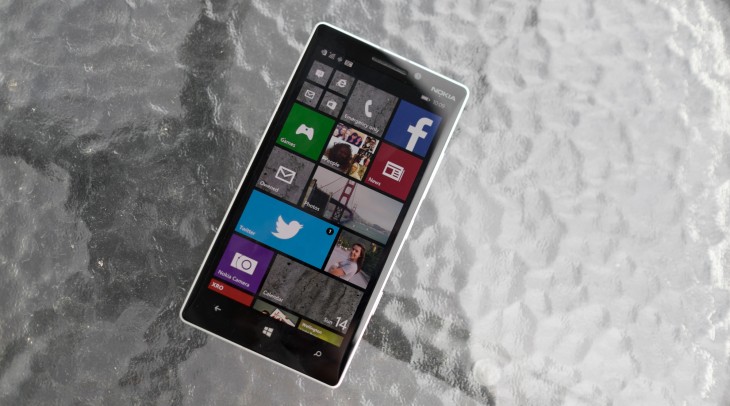 Windows Phone has come a long way from its beginnings in 2010. I was one of the very first adopters of the Windows Phone 7 platform, but eventually left after two years of disappointments for brighter shores.

I was recently given the opportunity to try Microsoft’s latest flagship, the Lumia 930, to see just how far Windows Phone has come from those early days and I’ve been impressed by just how well Microsoft has featured matched other platforms.

Windows Phone 8.1 is incredibly beautiful; perhaps the most attractive part of the phone which certainly sets itself apart from Android and iOS. It has pretty much every feature you’d expect of a modern smartphone, but there’s a big problem. Despite Microsoft’s best efforts, there’s a major app gap.

Over the last few weeks of using the Lumia on and off it wasn’t so much an issue that the latest, coolest apps aren’t there, but more that if you want to use a Windows Phone effectively you have to go ‘all-in’ on Microsoft’s software and services.

That’s just not realistic, however. The beauty of using an iPhone or Android device is that you’re spoilt for choice and can ultimately cherry pick what you want to use.

If you want to backup photos, you’re able to just choose the service you already use (Dropbox, Onedrive, Google Drive, Flickr, iCloud, etc). On Windows Phone, this isn’t the case at all. You can essentially use Onedrive — which is pretty awesome — and that’s it.

This same story is repeated for almost every app category on Windows Phone. Want to chat with your friends using Google Hangouts? Well, you can’t so you better get friendly with Skype. Want to use Google Docs? You better switch to Microsoft Office. Want to back up to Dropbox? Not a chance.

These simply aren’t things that I, or many other potential switchers are going to be willing to do. When you purchase a Windows Phone, you aren’t just buying a new phone, you’re also essentially having to commit to using Microsoft’s entire ecosystem. There’s occasionally an alternative, but they often aren’t as good as Microsoft’s first party solution.

Occasionally, there are third party apps available for some services. Snapchat, for example, doesn’t have an official app, but has a third party client. It’s good that there’s something but I’m not likely to give away my username and password to someone who isn’t Snapchat anytime soon.

If you’re even slightly entrenched in any ecosystem other than Microsoft’s, you’re going to have a bad time. As an owner of both a Mac and a PC, I don’t own Microsoft Office as I don’t see the utility. I’ve got a decent enough cloud Office suite in Google Drive, but with Windows Phone you’re essentially forced to use Microsoft’s suite. This isn’t a terrible thing, but it’s not a choice many consumers are willing to make and is a large barrier to more of them switching.

When I posed questions to my Twitter followers around the lack of some of my favorite apps, Windows Phone users replied almost every single time telling me to switch music service, switch cloud storage and even switch bank(!) to get great apps. Some that are firmly entrenched in the Microsoft world may find the switch to Windows Phone easy, but those that aren’t using Office365, Onedrive and Xbox Music on a daily basis will struggle to make the switch.

With iOS 8 due to be released this week and Android L on the horizon already, there is little reason to purchase a Windows Phone unless you’re a big Microsoft user. The company has done a great job of making the devices extremely friendly to those that use Microsoft products all day, every day, but those types of users are becoming rare.

As we soldier on into a world where the average user has 90+ apps installed on their phone and ecosystems are a strong selling point, I worry that Microsoft’s is the least attractive of them all because there’s simply no choice. You can have all of the power of the cloud, if you only use Microsoft, but that’s one big caveat.

Read Next: Windows 9 is coming, but Microsoft needs a touch-first Office more urgently

Read next: 10 unscalable tactics Quibb used to build a community of influential professionals