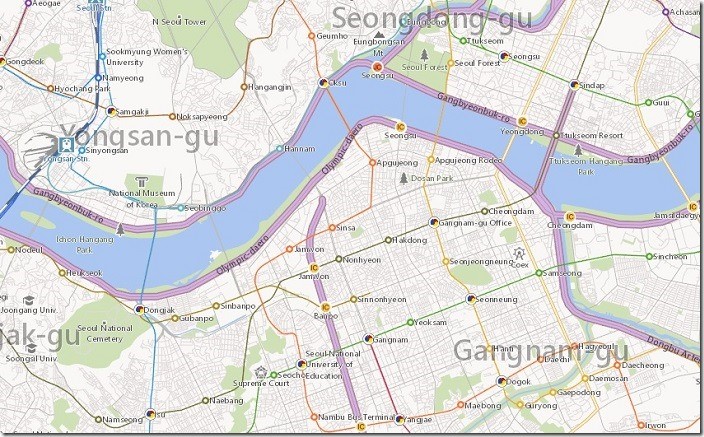 If you live in Korea or happen to be venturing there in the near future, Bing Maps wants to be your go-to service for maps and navigation.

Today, the team announced that a major revamp of its Korean maps experience has finally been completed. Much of this has been deployed slowly over the last 18 months, but today is the culmination of its efforts.

So what does that mean? Well, in October 2012, navigating to Seoul revealed a rather sparse-looking area in Bing Maps: