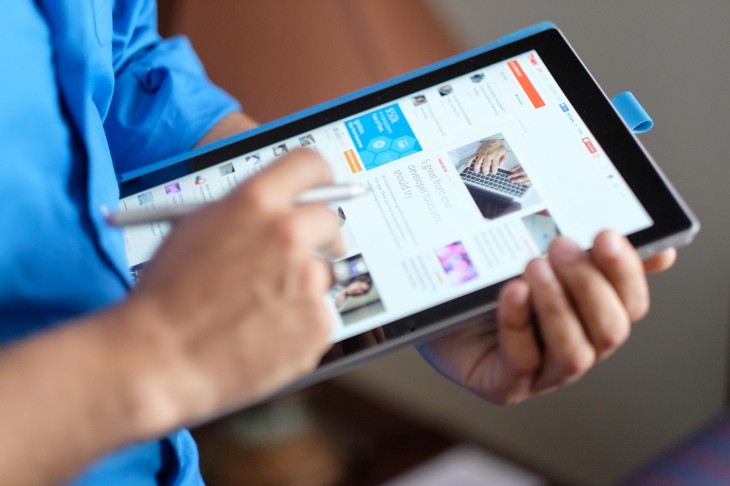 Microsoft stated in its fiscal Q4 earnings report that it scrapped an additional Surface form factor. It might have been the oft-reported, but never actually released, Surface Mini. Of course, it could have been anything Surface related.

In the report Microsoft states:

Current year cost of revenue included Surface inventory adjustments resulting from our transition to newer generation devices and a decision to not ship a new form factor.

Ahead of its May 2014 Surface event, rumors swirled that Microsoft was working on a 7-inch Surface tablet. When the company issued invitations to the event asking the press to “join us for a small gathering” it was expected that a Surface Mini would appear.

It never materialized. Well, not in the mechanical flesh. It was referenced in the Surface Pro 3 manual. So it’s not a huge leap to say that after looking at the tablet market, Microsoft decided to can the Surface Mini at the last minute and that is what it was referencing in its earnings report.

But it’s still leap and without actual confirmation from Microsoft that the Surface Mini has been sent to the scrap heap in the sky, there’s still a small (very, very small) glimmer of hope that it’ll appear in the future.

Read next: Google is rolling out a new Material Design-inspired version of Google Play for Android