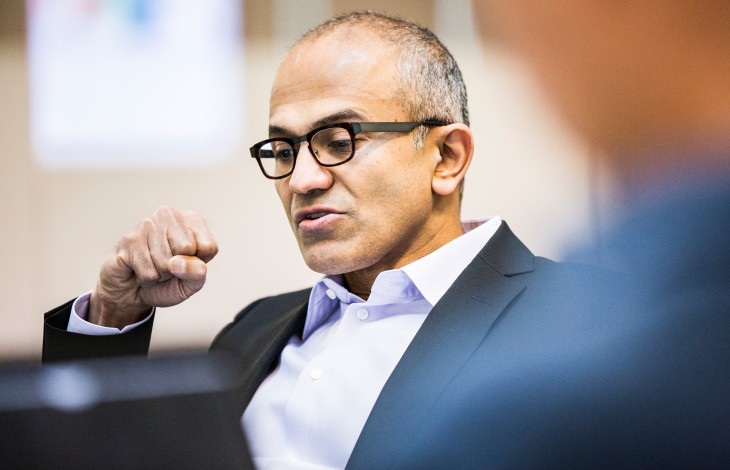 It’s official. After widespread rumors and speculation, Microsoft today confirmed its plans to cut 18,000 jobs over the next 12 months.

In a memo to employees, chief executive Satya Nadella said the bulk of the layoffs – 12,500 in total – would come from Nokia’s Devices and Services division, which the company acquired for $7.2 billion this year. The relatively new Microsoft leader emphasized these were part of its “synergies and strategic alignment” and would consist of both professional and factory workers.

Microsoft is already “moving” to reduce its workforce by 13,000 and Nadella said the “vast majority” of affected employees will be notified in the next six months.

“My promise to you is that we will go through this process in the most thoughtful and transparent way possible,” he said. “We will offer severance to all employees impacted by these changes, as well as job transition help in many locations, and everyone can expect to be treated with the respect they deserve for their contributions to this company.”

Last week, Nadella issued a longer memo to employees outlining the company’s new ambition and “core” for the full-year of 2015. It re-emphaszied the leader’s “mobile-first and cloud-first” mantra while ditching the “devices and services” ethos long heralded by prior Microsoft CEO Steve Ballmer.

Deep within this email, Nadella hinted at the sweeping changes Microsoft would need to embrace in the future. Although layoffs weren’t specified, the wording emphasised the company’s need to be nimble and innovative. “Nothing is off the table in how we think about shifting our culture,” Nadella said.

“Organizations will change. Mergers and acquisitions will occur. Job responsibilities will evolve. New partnerships will be formed. Tired traditions will be questioned. Our priorities will be adjusted. New skills will be built. New ideas will be heard. New hires will be made. Processes will be simplified.

If you want to thrive at Microsoft and make a world impact, you and your team must add numerous more changes to this list that you will be enthusiastic about driving.”

In today’s memo, Nadella said the layoffs would allow Microsoft to operate with “fewer layers of management” and more productive teams. Given that most of the cuts are coming from Nokia’s Devices and Services teams, Nadella also touched upon the future of Microsoft’s smartphone strategy.

“To win in the higher price tiers, we will focus on breakthrough innovation that expresses and enlivens Microsoft’s digital work and digital life experiences,” Nadella said. “In addition, we plan to shift select Nokia X product designs to become Lumia products running Windows.”

It would seem the Nokia X family will soon be repositioned as a Windows Phone brand – Android is taking a back-seat once more, unsurprisingly.

Read next: Microsoft is switching some of its Android-based Nokia X smartphones to Windows Phone