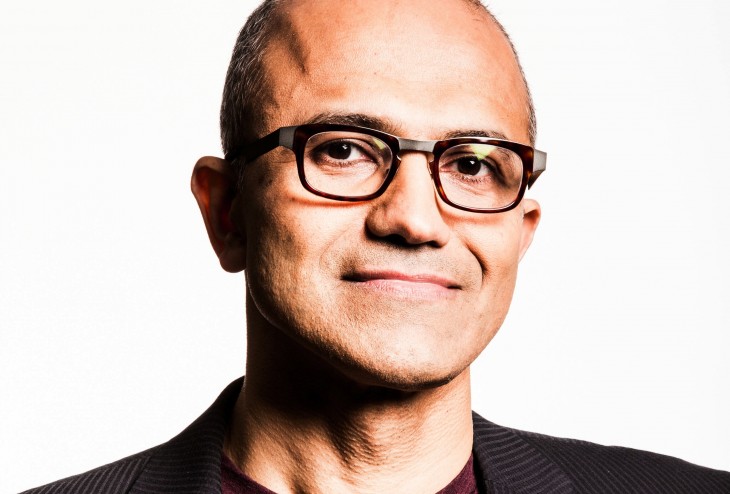 Microsoft today announced that its board of directors has appointed Satya Nadella as the technology giant’s new chief executive.

Nadella is 46 years old and has worked at the company since 1992, taking on a number of roles that have influenced its Office, Xbox and Bing products. Over the last 20 years he has led Microsoft’s efforts in the cloud and enterprise space, two areas that have always been of great importance to the company.

“While we have seen great success, we are hungry to do more,” he said in a memo to employees. “Our industry does not respect tradition — it only respects innovation. This is a critical time for the industry and for Microsoft. Make no mistake, we are headed for greater places — as technology evolves and we evolve with and ahead of it. Our job is to ensure that Microsoft thrives in a mobile and cloud-first world.”

He will take on the new role immediately, replacing the outgoing Steve Ballmer as the head of Microsoft. Ballmer announced his resignation last August, 13 years after he took over from Bill Gates in 2000.

Microsoft had hoped to find a replacement for Ballmer before the end of 2013, but admitted in December that it wouldn’t appoint a new CEO until “the early part of 2014.” The shortlist was rumored to include Alan Mulally, CEO of Ford, Stephen Elop, former CEO of Nokia, Kevin Turner, COO of Micrososft and Steven Mollenkopf, COO of Qualcomm.

Nadella was also said to be in the running, so today’s decision from the board of directors isn’t too surprising.

“During this time of transformation, there is no better person to lead Microsoft than Satya Nadella,” Gates said. “His vision for how technology will be used and experienced around the world is exactly what Microsoft needs as the company enters its next chapter of expanded product innovation and growth.”

To coincide with the appointment, Gates will be changing his role on the board to become a Technology Advisor. The founder of Microsoft plans to spend more time working with the company, supporting Nadella to shape the company’s direction. John Thompson, formerly the lead independent director for the board of directors, will take on Gates’s role as chairman.

In an email to Microsoft employees, Ballmer said he supported the board’s decision to promote Nadella. “He has a remarkable ability to see what’s going on in the market, to sense opportunity, and to really understand how we come together at Microsoft to execute against those opportunities in a collaborative way,” he said. “I have worked closely with Satya for many years and I have seen these skills many times.”

Ballmer expressed his love for the company, in particular “the bigness and boldness” of its operation, and advised employees to “keep moving forward.”

Read Next: Best of Ballmer: The products and moments that marked the tenure of Microsoft’s CEO

Read next: EverythingMe's new Android homescreen learns what apps you want, when you want them