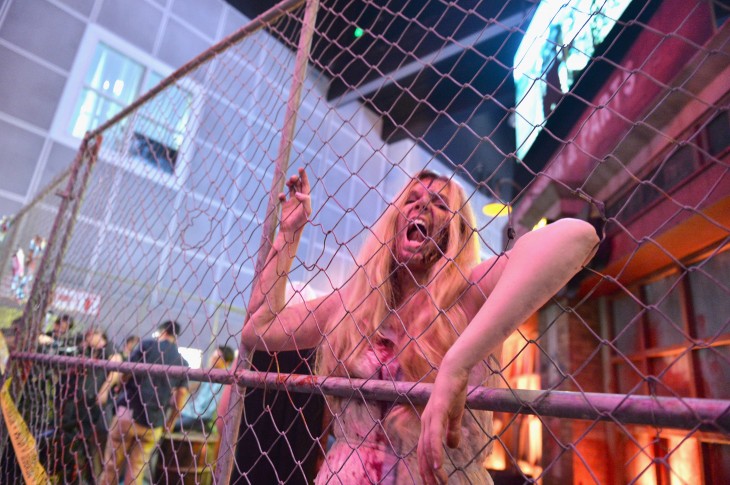 Microsoft built a giant Surface 2 tablet in London last month, so when it unveiled a similarly monstrous version of its Xbox One video game console in Vancouver earlier this week, few people questioned it.

Passersby were understandably curious, but little did they know that waiting inside was a swarm of the living dead. That’s right, in order to promote the Xbox One-exclusive, race-against-the-clock zombie brawler Dead Rising 3, some very realistic actors broke out to give onlookers an extra fright in time for Halloween.

Needless to say, the public embraced it and a good time was had by all. Now, if only there had been a group of trick or treaters dressed up as the heroes from The Walking Dead. That would have made the outbreak really interesting…

If you didn’t catch it before, here’s a photograph of that giant Xbox One too:

Zombies aside, the publicity stunt shows the extent to which Microsoft is prepared to market its upcoming next-gen video game console. It’s had a rough ride of late, but following this sublime TV advert it seems that Microsoft is finally back on track. Game on, Sony.

Read next: China's Xiaomi adds e-books to its arsenal of services for smartphones