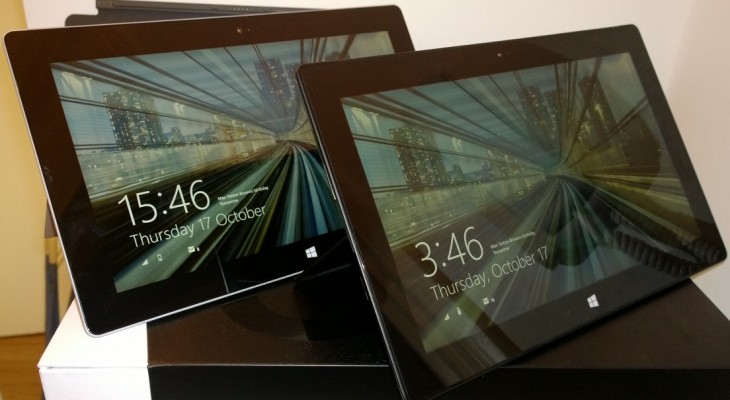 When Apple made its iWork productivity suite free for new Mac and iOS device owners on Tuesday, the move was viewed as a shot at Microsoft’s Office and Surface products. Microsoft VP of Communications Frank Shaw responded today with a scathing post that dismissed iWork as little more than “struggling, lightweight productivity apps.”

Shaw put forth Microsoft’s Surface line as both cheaper and better than the iPad, noting that competitors have been releasing “watered down productivity apps.”

In that spirit, Apple announced yesterday that they were dropping their fees on their “iWork” suite of apps. Now, since iWork has never gotten much traction, and was already priced like an afterthought, it’s hardly that surprising or significant a move. And it doesn’t change the fact that it’s much harder to get work done on a device that lacks precision input and a desktop for true side-by-side multitasking.

Shaw’s claim that iWork hasn’t gotten much traction is a fishy one, considering that Pages was the best-selling iPad app of all-time, as of July.

After extolling the virtues of the Surface, Shaw concluded :

So, when I see Apple drop the price of their struggling, lightweight productivity apps, I don’t see a shot across our bow, I see an attempt to play catch up.

While it’s only natural for a company to tout its own products as better than the competition, Shaw’s post took things a step further. His tone suggests that he takes personal offense at comparisons between iWork and Office.

At the end of the day, Shaw’s post and Apple’s keynote presentation are both just talk, but considering that the Surface division took a $900 million inventory write-down earlier this year, Microsoft might want to wait for its tablet sales to pick up before deriding the competition for playing “catch up.”